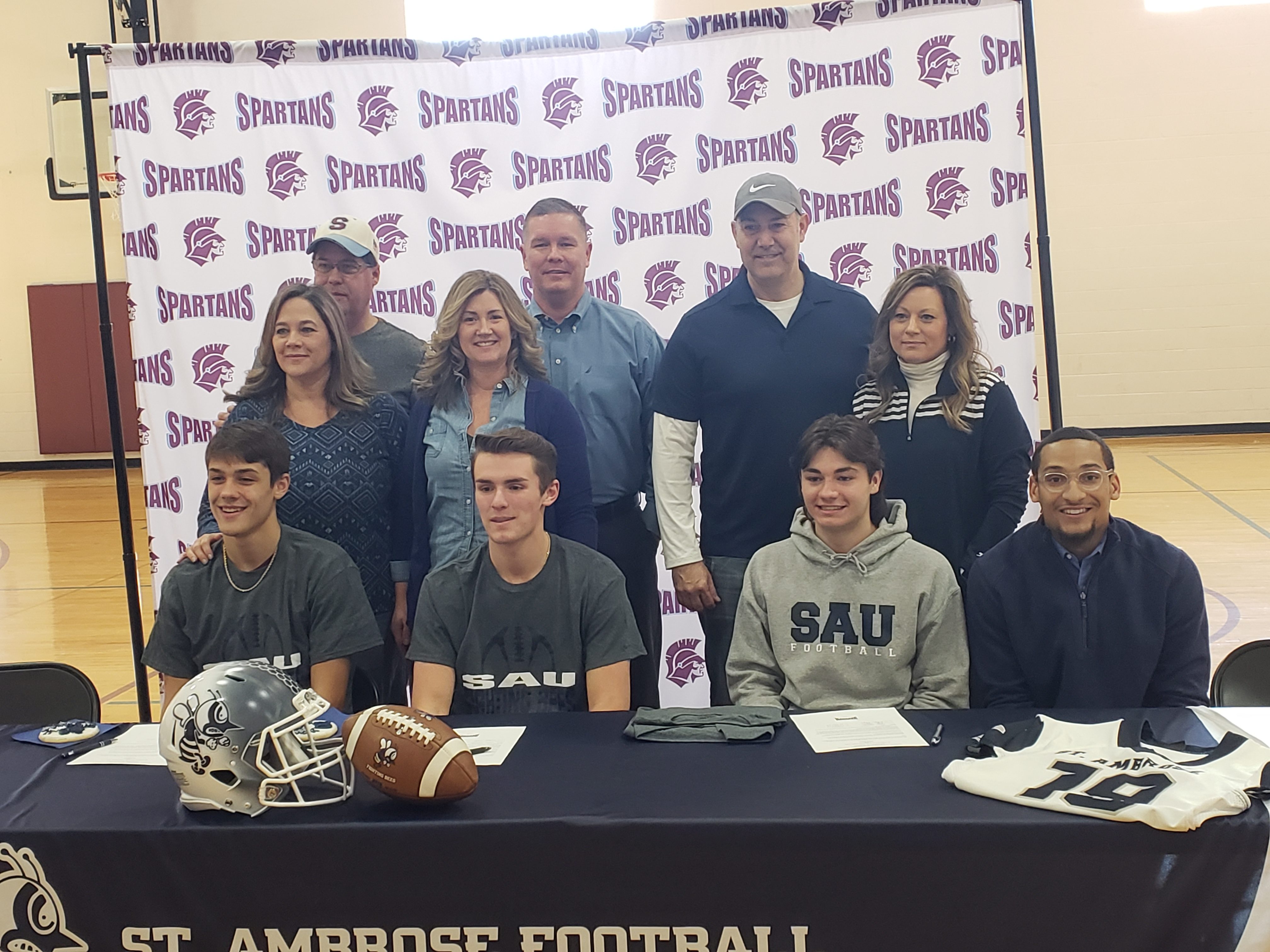 Back in the ‘80s there was a movie that hit theatres across America called the Three Amigos.

St. Joseph-Ogden High School has their own version of that moniker, and they are all headed to the same school to further their academic and athletic careers.

St. Ambrose University reached out to Meyer first. He then attended a game day visit at the school where he realized the team needed a punter.
“I talked with the recruiting coordinator about Jack,” Meyer said. “They sent a recruiting coordinator to the high school. That’s where we involved Joel in the discussion as well.”

The story of the Three Amigos goes way back to their youth football days, when all three played together in the St. Joseph Youth Football program, an organization that prepares youth for the rigors of high school football when they reach that age.

“I never had any idea that the three of us would be playing together in college if you would have asked me that question back in my youth football days”, Cook said. “I never envisioned playing a sport in college until my junior year of high school once I built even more strength up.”

Orcutt, who went on a visit to the school shortly after the initial contact, liked the idea of his two buddies playing alongside him.

“Once I visited St. Ambrose, I really liked it more than any other college visit that I had been on, so that really helped influence my decision to commit,” Orcutt said.

The Fighting Bees, the mascot of St. Ambrose, plays in the Mid-States Football Association Midwest League, and have most of their games in Iowa, Missouri and Illinois.

This proximity to St. Joseph will give family and friends multiple chances to see the trio in action over the course of their collegiate careers.

LaMont Johnson, wide receivers’ coach at St. Ambrose, also attended the signing, and spoke highly of all three of his incoming recruits.

“All three guys bring something different to our program, but they follow the model of what we want as student athletes on and off the field,” he said. “They’re all different sizes and will all play receiver, although Cook will punt for us as well.”

Add to that the fact they have played together so long, and it makes this story even more incredible.

“I don’t know if they realize just how special this is for them to be moving on to play at the next level at the same school. Any time that you have a student-athlete move on in any sport to play in college is special, but to have all three go to the same school and in the same position, is very rare indeed,” SJO head football coach Shawn Skinner.