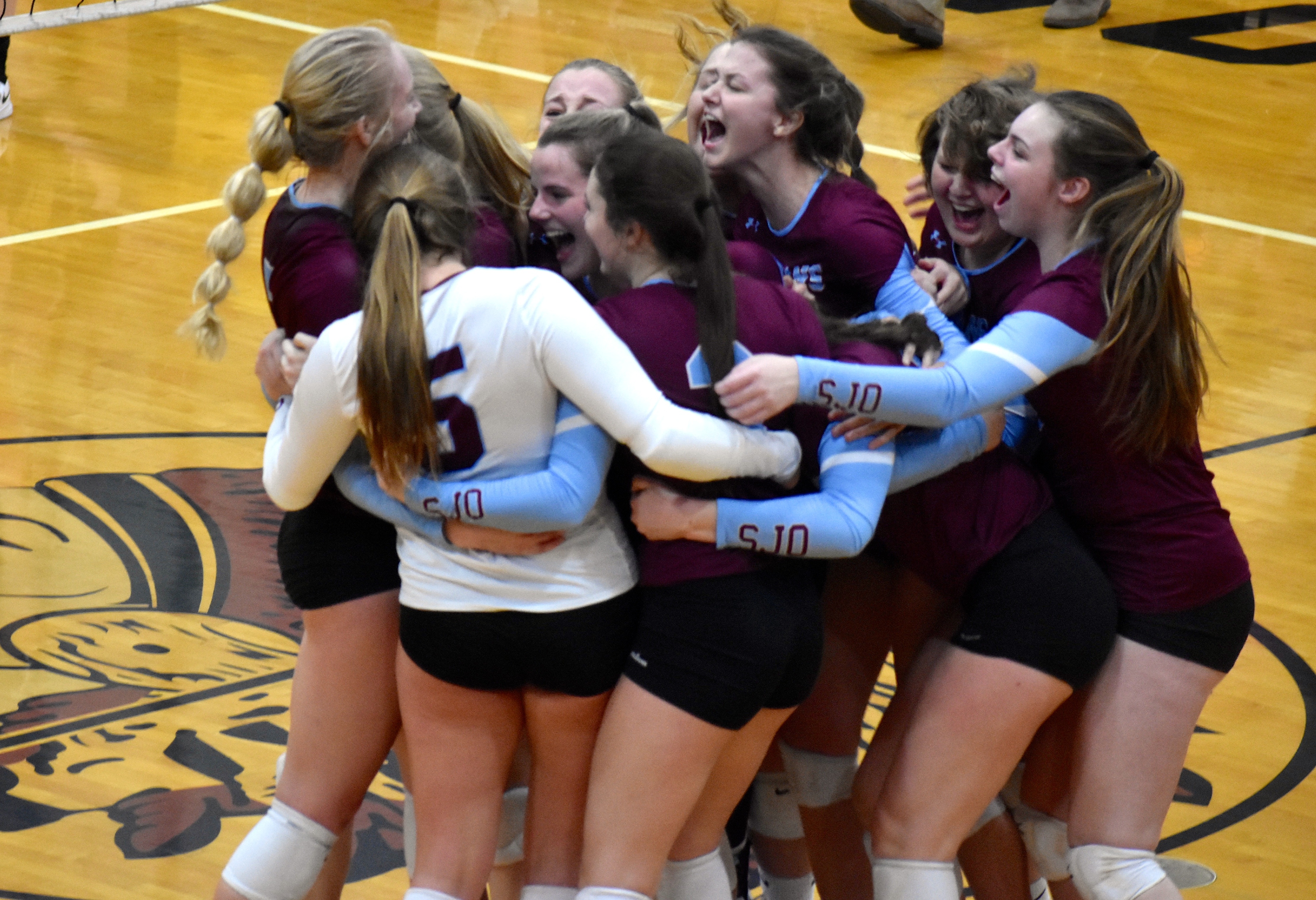 And what an opportunity the St. Joseph-Ogden High School volleyball team still has in front of it this season.

The Spartans beat Herscher 25-19, 12-25, 25-23 on Wednesday night to win the Class 2A Watseka Sectional championship and keep their dreams of a state championship alive.

“It’s so exciting,” SJO senior Jenna Albrecht said. “My heart was just beating so fast. Honestly, it was hard to breathe. I didn’t know which way it was going to go.”

SJO (35-4) won its 20th straight match during its three-set thriller against the Tigers (32-6), sending the Spartans into a 2A super-sectional match at 6:30 p.m. on Friday. SJO will make the trip to Palos Heights and take on Chicago Christian (32-5) in an Elite Eight match played on the Knights’ home court.

“Typically, we would have some kind of film on an opponent,” SJO coach Abby McDonald said. “Thankfully, our school and our coaches outside of volleyball have been really supportive. Our baseball coaches have gone two hours from home to scout for us this season. We have film on just about anybody we’d match up against. Unfortunately, I don’t have film on this team because I was a little superstitious to get that far ahead. I have a great coaching staff, so I have no doubt we will dig some stuff up over the next 24-48 hours and be ready.”

The Spartans were ready for a steep challenge from Herscher. And responded in kind after the Tigers easily took the second set.

“I liked how after the second set, we came together and realized we needed to change something,” said Katelyn Berry, one of SJO’s senior outside hitters who finished with 10 kills on Wednesday night. “We didn’t let it affect us in the third set. I think that will be really helpful going on because not everything is going to be easy all the time.”

A balanced offensive approach — a theme throughout SJO’s season — was crucial in lifting SJO past Herscher. Sophomore Kennedi Burnett supplied a team-high 17 kills, but it was efforts from Berry, junior Payton Vallee (11 kills) and senior Lacey Kaiser (six kills) that kept the Spartans in the match.

Directing the offense was senior Emily Bigger, who distributed 40 assists on the night. Another senior, Rylee Stahl, pitched in defensively with 17 digs.

“It is the best feeling because we’ve been waiting ever since last year,” Bigger said. “The losses we’ve experienced this season have only made it that much better to get here because that prepared us to get this win.”
SJO played for a sectional title last season, but lost to St. Thomas More.
That 2018 setback, though, is what has helped the Spartans go on this extended postseason run in 2019.

“That’s something we’ve talked about over the course of the last couple days,” McDonald said. “We’ve been here before. We know what it feels like to leave here and not be successful. What we learned from last year is if you play timid and you play scared to lose, chances are you’re going to lose. We didn’t want to make that mistake again. These kids have been a part of this program for several years, so not only watching us in this moment, but also being a part of it last year, I think that really helped us keep our composure.”

Now, SJO will channel the euphoria and energy it experienced Wednesday night to hone in during Thursday’s practice before making the two-hour trip north on Friday for its first super-sectional match since 2016. SJO reached the state tournament that season, ultimately finishing second, and with a win on Friday, the Spartans would advance to a 2A state semifinal match at noon next Friday at Redbird Arena in Normal against either Fairfield (37-2) or Breese Mater Dei (31-9).

All of that is in the future, though. In the present of Wednesday night’s atmosphere, SJO relished the history-making moment of celebrating the program’s fifth sectional title.

“It feels incredible to do this for the first time in my career on varsity,” Berry said. “We’ve been waiting for this our entire season, so it feels really good.”

By Nora Maberry November 7, 2019
in Athletics