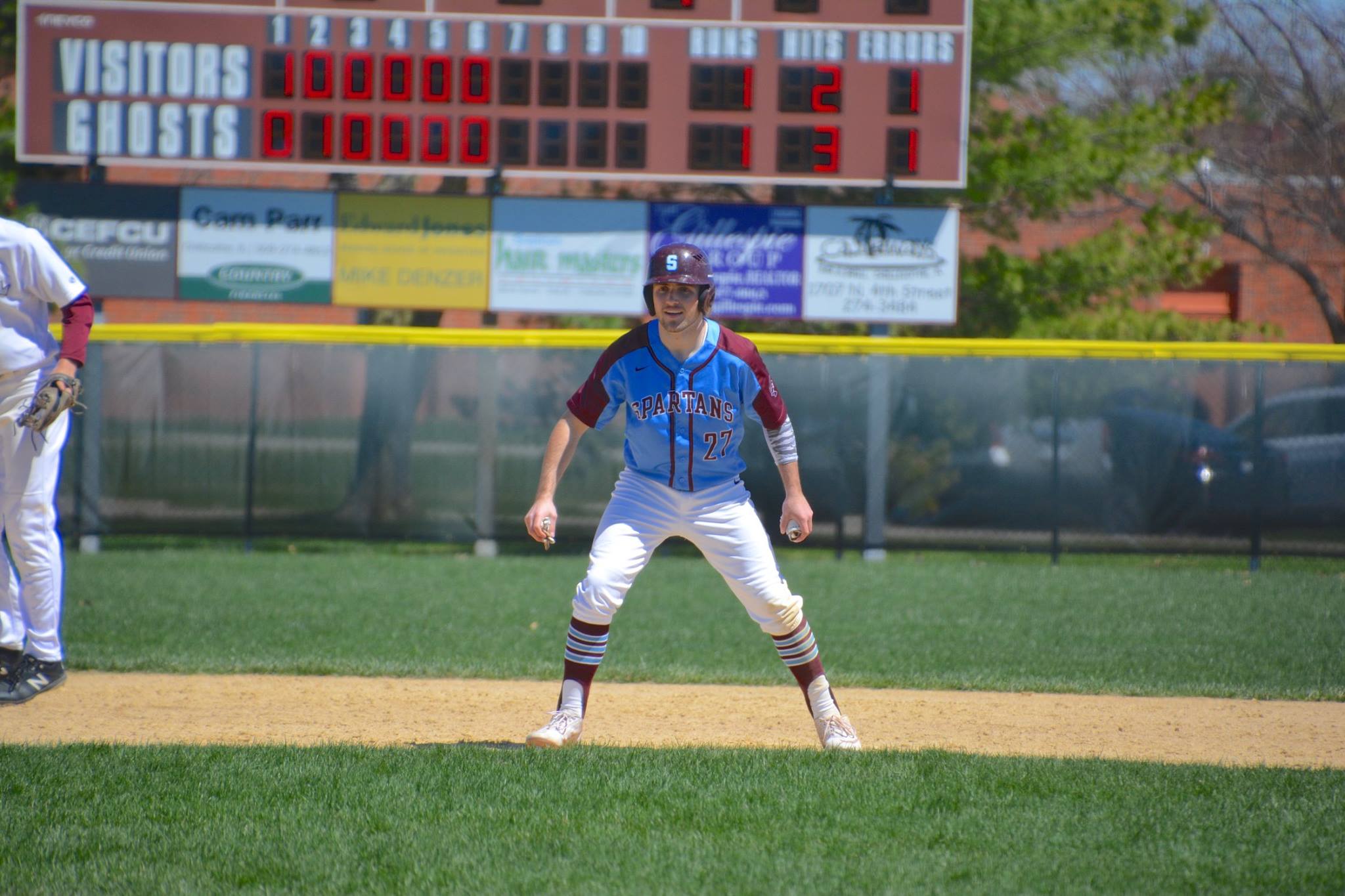 Sam Wesley has been playing his favorite sport since he was very young.

Wesley, a junior at St. Joseph-Ogden High School, has been playing baseball since he was three.

“Baseball is my favorite because I’ve been around the sport for such a long time,” he said.

Wesley said he played basketball and football growing up, including his freshman and junior years of high school. He plans on playing again during his upcoming senior year.

Wesley has spent the better parts of the past few summers playing travel baseball with the Champaign Dream, and most recently, the Mizuno Braves, whom he will once again suit up for this summer.

The instruction that he has received playing for these elite teams has prepared him for the rigors of high school baseball.

“Playing good competition at such a young age has given me the skills that I need to compete at the high school level, and the amount of games that we play during a given summer allows us to showcase our talents against better players from across the state, as well as the Midwest,” Wesley added about playing travel baseball and its benefits for improving his overall game.

Wesley does some pitching for the Spartans but says that he does most of his pitching during travel ball season. Still, he does what is asked of him by his coaching staff.

The Spartans are 15-6-2 heading into this week’s action, but don’t let the record fool you; this team is solid, and their best days may be ahead of them as the final month of the regular season begins in just a few days.

“We played some very tough competition early in the season, and I think that has prepared us for the latter part of the season ahead of the postseason, which starts in a couple of weeks,” Wesley said about the early schedule and how he and his teammates have used that to get better as the season moves into May.

Wesley is part of a star-studded junior class, which may go down as one of the more successful classes in recent memory at SJO. The closeness of this group is a major catalyst in their success, something that Wesley agrees with.

“We’ve been lucky to have so many guys stay together in this class and very few have moved away over the last decade or so. We all get along very well and don’t butt heads with one another, and pretty much know what to say to each other. We’ve been playing on the same teams for many years, both related, as well as during the summer, and are forming life-long friendships in the process,” Wesley said about the camaraderie of his peers and how well they get along with each other.

Wesley also acknowledges that the current senior class is another group of young men that his class remains close to, and they are passing their leadership onto Wesley and his classmates, who will be the leaders next season.

“We really look up to them (the seniors) because we’ve been friends with them for a long time as well. We know that they are providing us with the leadership this year that we will be assuming next year”, Wesley added about the common bond that his class has with the current seniors.

The St. Joseph-Ogden community is a close one, and that funnels down to the coaching staffs of the various sports, including baseball. Head coach Josh Haley has formulated a staff that has been around for a few years, and since they both coach the middle school teams as well, they prepare the players for the next level at a relatively young age.

“We know that if we have a problem, whether it be team related or personally, we can approach the coaching staff and know that they will do whatever they can to make sure that we are taken care of,” Wesley remarked about the SJO baseball coaching staff and their interaction with their players.

With roughly a month left in the 2019 baseball season, Wesley and his teammates are focused on getting better as a team and working on progressing as regionals approach.