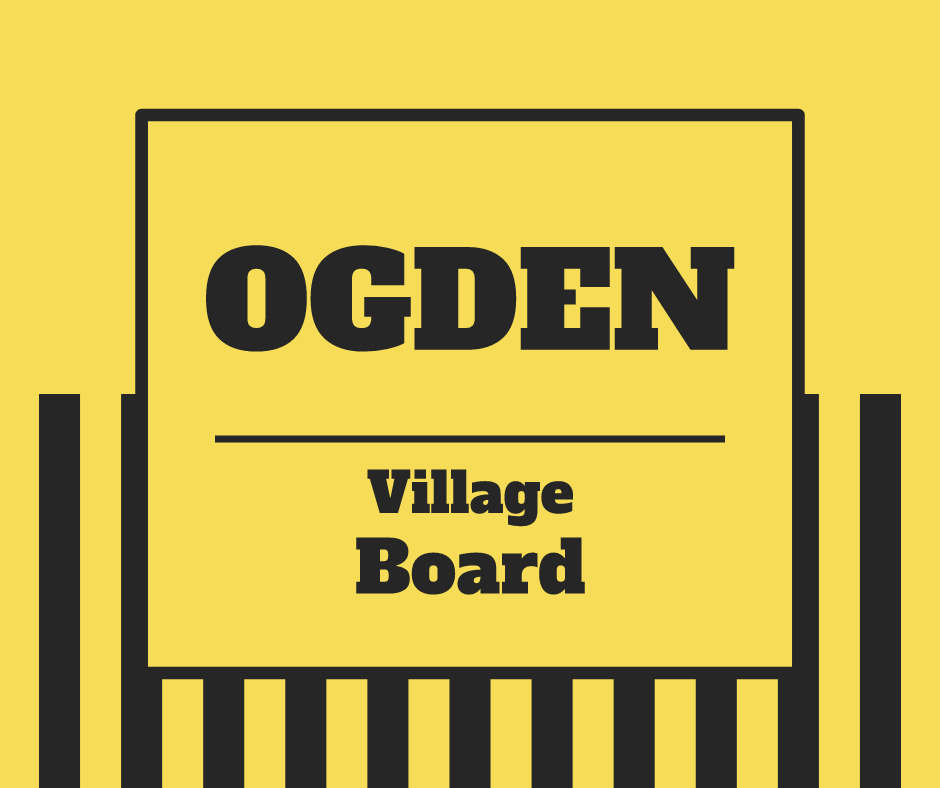 Seven people are here for Ogden Village Board. That’s

Numerous people here to discuss the recycling dumpster. Apparently, it will be moved back to the park when the cameras come in. Resident unhappy because she can see it out her window currently while it is at village hall. The village moved it because people were illegally dumping at the park.

“It is very distressing to have it up there.” Residents said other people don’t like it either but were afraid of “retribution” if they came to the meeting.

Side note:
This is why other towns have gotten rid of their recycling. People never want it near their house and people dump trash in it.

Resident saying if the village won’t move it she will contact more people. (People in Ogden are super passionate about this Dumpster.)

Resident saying other residents wouldn’t come for fear of retribution. Acklin says that is “BS” and “You can quote me.” #Idid

He said that he knows the people on the board and there is no reason for anyone to be afraid of speaking to them. #Ithinkthatstrue

THE DUMPSTER WILL BE MOVED BACK TO THE PARK WITHIN THE NEXT MONTH. #therecyclingsaga

POINT OF ORDER: from Haan. He wants them to read the ordinance in the motion.

They are discussing a drainage project that hasn’t happened yet and the governor put a stop it.

Discussing upgrading billing software for water and sewer. “Our current software is obsolete,” said Trustee Jim Haan. Haan did his due diligence on this. Found other companies, compare prices and asked for references.

This is important because it deals with a large amount of money and how people will be billed. Haan saying people want to pay online.

Acklin saying he would pay online.

Clements asking for a conference call with the companies during a committee meeting.


This is a great event. Tons of people attend and there is a great costume contest. One year some parents dressed as chefs and their baby was a lobster in a pot. #LOVEDIT

Anyway, they are buying less candy this year because they had a lot and they had to give it away.

Here is what we are here for… dispensary talk.

Sonja is very passionate about it. “Do you want to take a vote or listen to me.”
Acklin “I would love to listen to you Sonja.” it

Sonja: You can opt-out and opt-in later. She thinks the village should opt-out.

She’s arguing that no one would want to open one in Ogden since they can’t keep a grocery or hardware store. Also said there are a lot of unknowns.

Sonja reiterating that people can use marijuana but this is to prohibit the sale.

Ogden is opting out. No dispensary for them. #itliterallytooklike15minutes #stjoehasbeendiscussingitforweeksmaybemonths

Moving on to the water tower. There’s black junk on the bottom. It may be #mold but it may just be dirt. Discussing if it should be painted.

Cameras will go up in 2 weeks at the shed so the recycling dumpster will be moved. There will be signs saying that there is video and if you illegally dump you will be fined. #seriously #don’tdump

Events: Movie in the Park is next Saturday. They are showing Sandlot. “If you don’t come we won’t do it next year and we just bought that massive huge movie screen.” will do concessions. If it rains it will be in PVO South’s gym.

Don Wauthier telling the board the festival was amazing. #itwastrue #tonsofevents

Kelly saying it helps people learn that Ogden has a ton of businesses.

By Nora Maberry September 5, 2019
in Villages