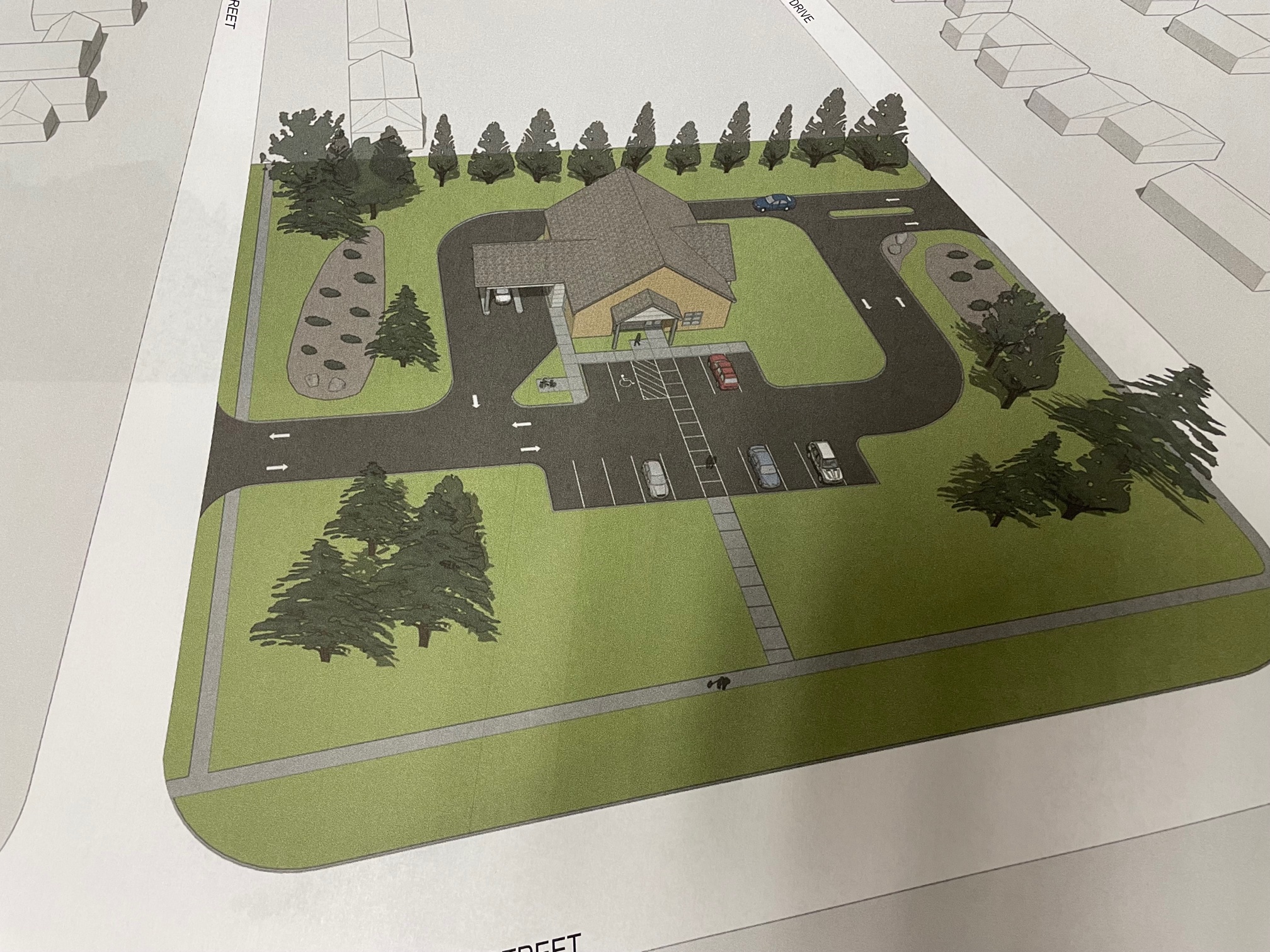 Mayor Tami Fruhling-Voges wants residents near a proposed location for Philo Exchange Bank to know she is not in favor of spot zoning and neither is the village board.

So that means a special use permit would have to be issued if Philo Exchange Bank wants to build at the property at 802 E. Warren.

“Some of the concerns can be addressed by a special use permit,” Fruhling-Voges told a group of about 20 residents who attended an open house last week held by the bank to discuss their concerns.

Concerns included traffic, bright lights, multiple businesses being placed on the property, stormwater management issues, and safety concerns with children going to and from school.

Philo Exchange Bank Executive Vice President Les Hoveln said the bank would be placed in the middle of the 1.37-acre lot. Hoveln also said the bank would use minimally invasive lighting that does not spill over to neighboring properties. The bank also had preliminary blueprints and drawings for residents to look at.

“We want it to be safe for our employees and customers,” he said.

Hoveln said the current location of the Philo Exchange Bank, located at 109 Main Street in St. Joseph, is not fully functioning because there is no drive-thru, and no safety deposit boxes. The location on Warren would have all of those things, he said.

Neighbors expressed concern with the safety of a commercial business in a residential area. They said children ride bikes and walk to school near where the bank will be located.

Hoveln said that the bank in Philo had 15 cars in the drive-thru during its busiest time and it was well after students would be in school. The bank would have enough space in its drive-thru for there not to be traffic on Rt. 150, Hoveln said.

Philo Exchange Bank originally tried to purchase the Busey Bank Property, Hoveln said. However, Busey told them they had no intention to sell to another financial institution and they put a five-year deed restriction on the property, meaning it could not be sold to another financial institution by whoever purchased it. Hoveln said they bid on the property anyway but were not the high bidder.

“We want to be a part of this community,” Hoveln said. “We want to do things the right way and not cut corners. We will get an architect to design a building that fits the neighborhood and is safe. We will comply with all village ordinances.”

Stormwater management was a big concern with neighbors. Many discussed the current state of a retention pond on the property and said it floods when there is rain, resulting in flooding in the neighborhood and their basements.

Fruhling-Voges agreed that the retention pond is an eyesore and said there may be a chance to improve drainage in the area if the bank builds there.

“What you want to do is improve every chance you get,” she said.

Fruhling-Voges said the property on Warren has set vacant for years and had been looked at by Jack Flash Convenient Stores, the St. Joseph Stanton Fire Protection District and the Champaign County Housing Authority.

The mayor said the property’s owner previously wanted the zoning changed from R1, residential, to commercial.

“That is a not way for me,” she said. “Once you rezone it that property is completely open to whatever fits those categories,”

Fruhling-Voges said the village attorney, Marc Miller, said there would be lots of legal issues trying to rezone the lot to commercial.

“A special use permit allows the village to put stipulations,” she said.

Fruhling-Voges also pointed out that if the bank went out of business or was destroyed by a natural disaster, a special use permit would limit what could replace it.

“A special use permit protects the neighborhood,” she said. “It will still look like a nice residential property.”

Fruhling-Voges stressed that meeting between the bank and the neighbors was just the first step in a long process that would involve the zoning board of appeals and the St. Jospeh Village Board.

All property owners within 250 feet of the proposed location will be notified of future hearings.