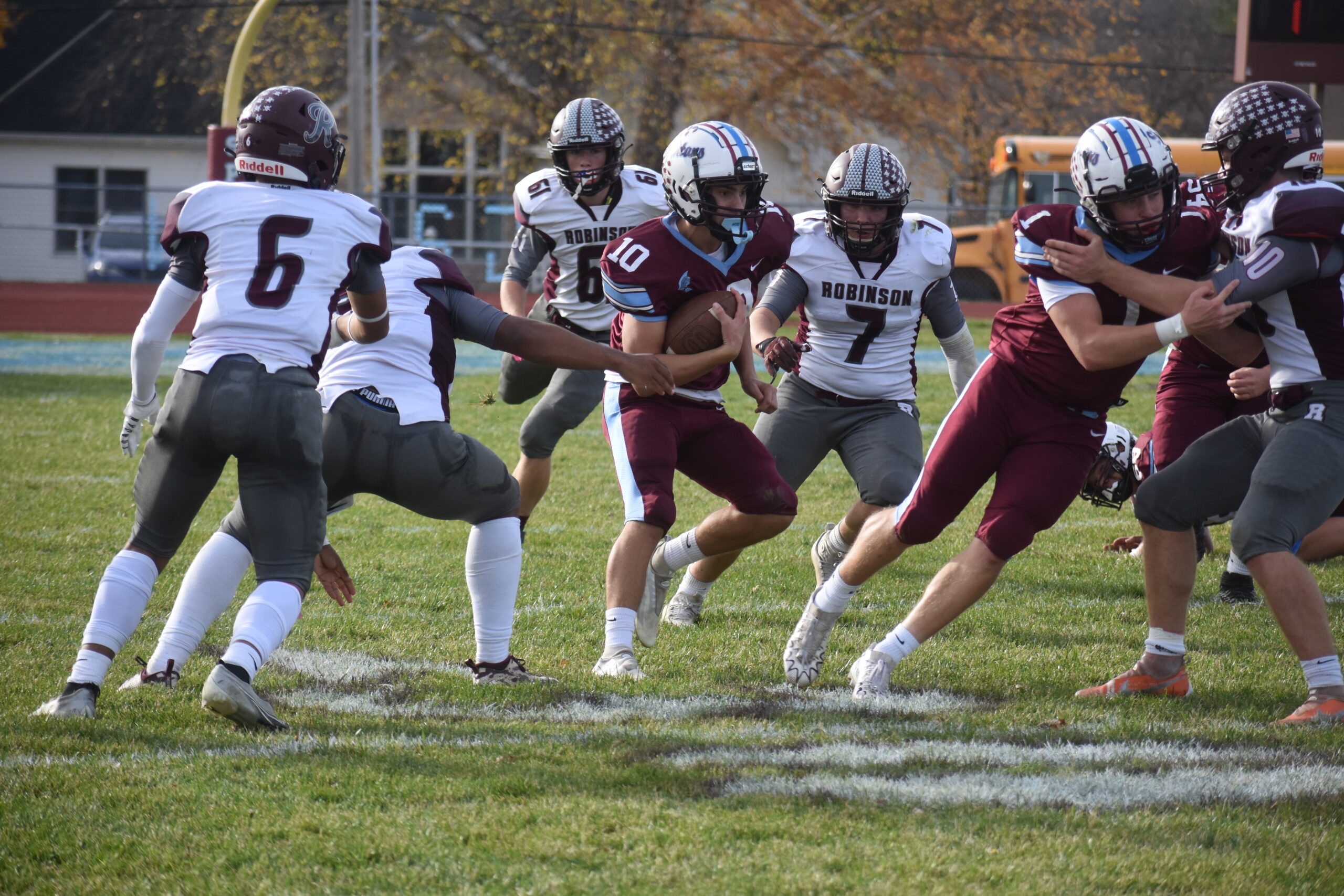 The wait for a playoff victory from the St. Joseph-Ogden High School football team is no more.

With the win, seventh-seeded SJO (7-3) advances to play No. 15 Olympia (6-4) at 6 p.m. on Saturday in a second-round playoff game at Olympia’s home field in Stanford.

Olympia pulled an upset in the first round, winning 32-21 at second-seeded Benton.

SJO displayed a high-octane offense against Robinson, with junior quarterback Logan Smith, senior wide receiver Ty Pence and junior running back Justice Wertz all having standout performances to give seventh-year SJO coach Shawn Skinner his first playoff win with the Spartans. Prior to the win against Robinson, Skinner had been 0-4 all-time in playoff games.

Like Smith, who completed 20 of 33 passes for 386 yards and three touchdowns for the Spartans. And Wertz, who rushed for 162 yards on 19 carries and one touchdown.

And Pence, who hauled in 12 receptions for a whopping 304 yards and two touchdowns.

Along with Pence’s standout day, sophomore Coy Taylor also had six catches for 74 yards and one touchdown, with Aidan Moberg also chipping in with one catch for nine yards.

“The coaches have done a great job of finding ways to get them open,” Skinner said.

“A lot of attention has been given to our passing game and rightly so, but Justice finds a way to make big plays,” Skinner said. “You forget about him. He gets skinny and he is in traffic and he pops out of it. He is a tough-nosed kid, and he makes our running game a threat. “

All that scoring and 598 yards of total offense by SJO was necessary since Robinson also had a strong offensive showing, with the Maroons compiling 512 yards of offense.

Robinson led 21-14 at the end of the first quarter before SJO went into halftime ahead 28-27 and the Spartans led 42-27 going into the fourth quarter.

“We are still learning how to do everything the right way,” Skinner said. “This is our first playoff win in a long time. The great thing about it is we still haven’t played a perfect four quarters. We haven’t played our best football, and I think that is kinda scary when you think about it because when we do, what is going to happen?”

For now, SJO is solely focused on Olympia, a former Illini Prairie Conference opponent. SJO defeated Olympia 60-36 last season in an Illini Prairie game before Olympia moved to the Sangamo Conference prior to this season.

If SJO can get past Olympia, a state quarterfinal game is next up against either sixth-seeded Eureka (8-2) or third-seeded Williamsville (9-1). Those two teams play at 3 p.m. Saturday in Williamsville.

Either way, SJO does not want to see its season end Saturday night in Stanford.

“You gotta want to not be done,” Skinner said. “These kids like playing football and want to keep playing.”

By Nora Maberry November 5, 2022
in Athletics 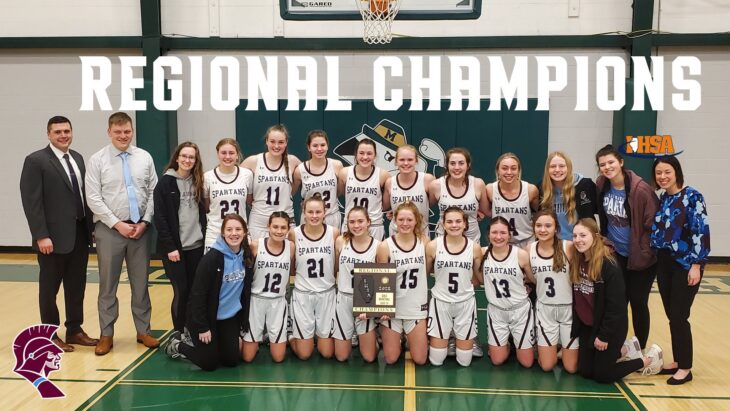