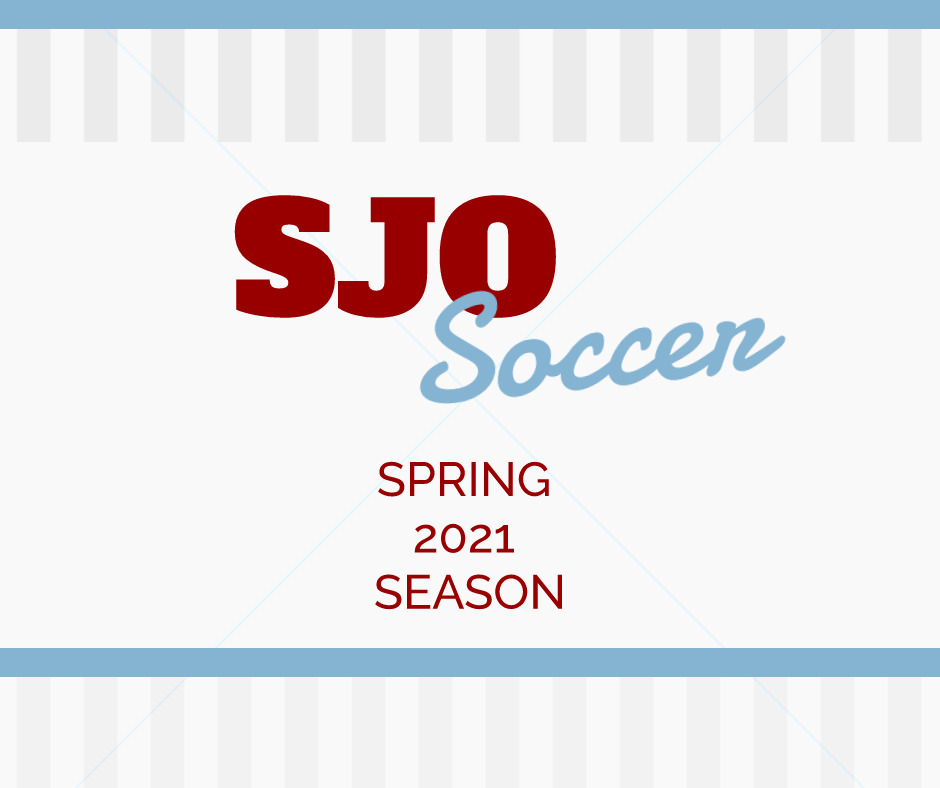 The St. Joseph-Ogden boys’ soccer team experienced a whirlwind of a
season during the 2020-21 school year.

A season they’ll likely never forget because of the unique
circumstances surrounding it.

The COVID-19 pandemic forced the typical fall schedule to be played in
a condensed spring season that featured no type of postseason play.
But that didn’t mean the Spartans weren’t busy once they finally were
able to have a season. Far from it.

SJO played 13 matches in 37 days, compiling a 5-7-1 record in the
process, including a 3-5-1 record in the Illini Prairie Conference.
Here’s a look back, match by match, of the Spartans’ 2021 spring
season before they have a quick turnaround for its customary fall
season slated to start in a little more than four months on Aug. 23.

Bloomington Central Catholic 7, SJO 0 (April 15)
The final match of the regular season didn’t end on a positive note
with a tough Illini Prairie Conference road loss for the Spartans. The
host Saints scored all seven goals in the first half.

St. Thomas More 4, SJO 0 (April 13)
Sophomore Hunter Ketchum made 15 saves, but the Spartans weren’t able
to find the back of the net in a home Illini Prairie loss that saw STM
lead 1-0 at halftime before adding three goals in the second half.

SJO 3, Unity 1 (April 8)
An early lead held up, allowing SJO to sweep its season series against
its main rival. The visiting Spartans struck first on a goal from
freshman Spencer Wilson and senior Mason Behrens added another goal to
give SJO a 2-0 lead in the first half. After Unity cut its deficit to
2-1 in the second half, sophomore Will Page registered a key insurance
goal to account for the final score. Ketchum compiled 14 saves during
the match in Tolono.

Olympia 3, SJO 2 (April 6)
SJO nearly rallied for an Illini Prairie road win, but ultimately fell
short. Olympia took a 3-0 lead in the second half, but goals from
sophomore Jackson Greer and Behrens cut SJO’s deficit to 3-2 but the
Spartans couldn’t push across another one to tie the match.

SJO 2, Chillicothe IVC 2 (April 1)
The first and only tie of the season for SJO happened on its longest
road trip of the season. The Spartans found themselves trailing the
Grey Ghosts 2-0 at halftime before two second-half goals from Ingram
knotted the Illini Prairie match. And that’s how it stayed as Ketchum
finished with 13 saves.

Monticello 9, SJO 2 (March 30)
Ketchum was kept busy in this Illini Prairie road match that saw
Monticello stake itself to a 5-2 halftime lead before scoring four
more goals in the second half. Ketchum made 17 saves and Behrens
scored both of SJO’s goals in the first half off assists from Ingram
and junior Jared Emmert.

SJO 10, Watseka 0 (March 29)
In its most lopsided win of the season, Ingram had a day to remember.
The senior scored six goals — three in each half — to lead SJO to the
comfortable nonconference home win. Emmert added two goals, while
Behrens and Ketchum also tallied goals. Ketchum wound up with six
saves and Lane added two saves.

SJO 4, Unity 1 (March 27)
Behrens was a force offensively in SJO’s first win of the season
against Unity, recording a hat trick with two goals in the first half
and another in the second half. Ingram added a goal off a penalty kick
as SJO expanded its 2-1 halftime lead in the second half of its home
Illini Prairie victory.

SJO 2, Bloomington Central Catholic 1 (March 24)
A solid team effort all around lifted the Spartans to an impressive
Illini Prairie home win. Ketchum made five saves, boosted by a superb
defensive effort, while goals from Behrens and Ingram helped SJO
overcome a 1-0 deficit in the first half. Ingram assisted on Behrens’
goal that tied the match at 1 before he scored the game-winning goal
in the second half.

SJO 3, Meridian 2 (March 22)
The Spartans’ first victory of the season happened at home in this
nonconference match. And Behrens was a main reason why, scoring all
three goals to give SJO a 3-0 lead before Meridian scored twice late
in the second half.

St. Thomas More 3, SJO 0 (March 19)
A hat trick from STM’s Martin Mondala was too much for the Spartans to
overcome in a road Illini Prairie loss.

Olympia 3, SJO 1 (March 10)
Ingram scored SJO’s first goal of the season to tie the season-opening
match at 1 in the first half, but Olympia scored two unanswered goals
after that to preserve the Illini Prairie win in St. Joseph. Ketchum
corralled seven saves in net for SJO.