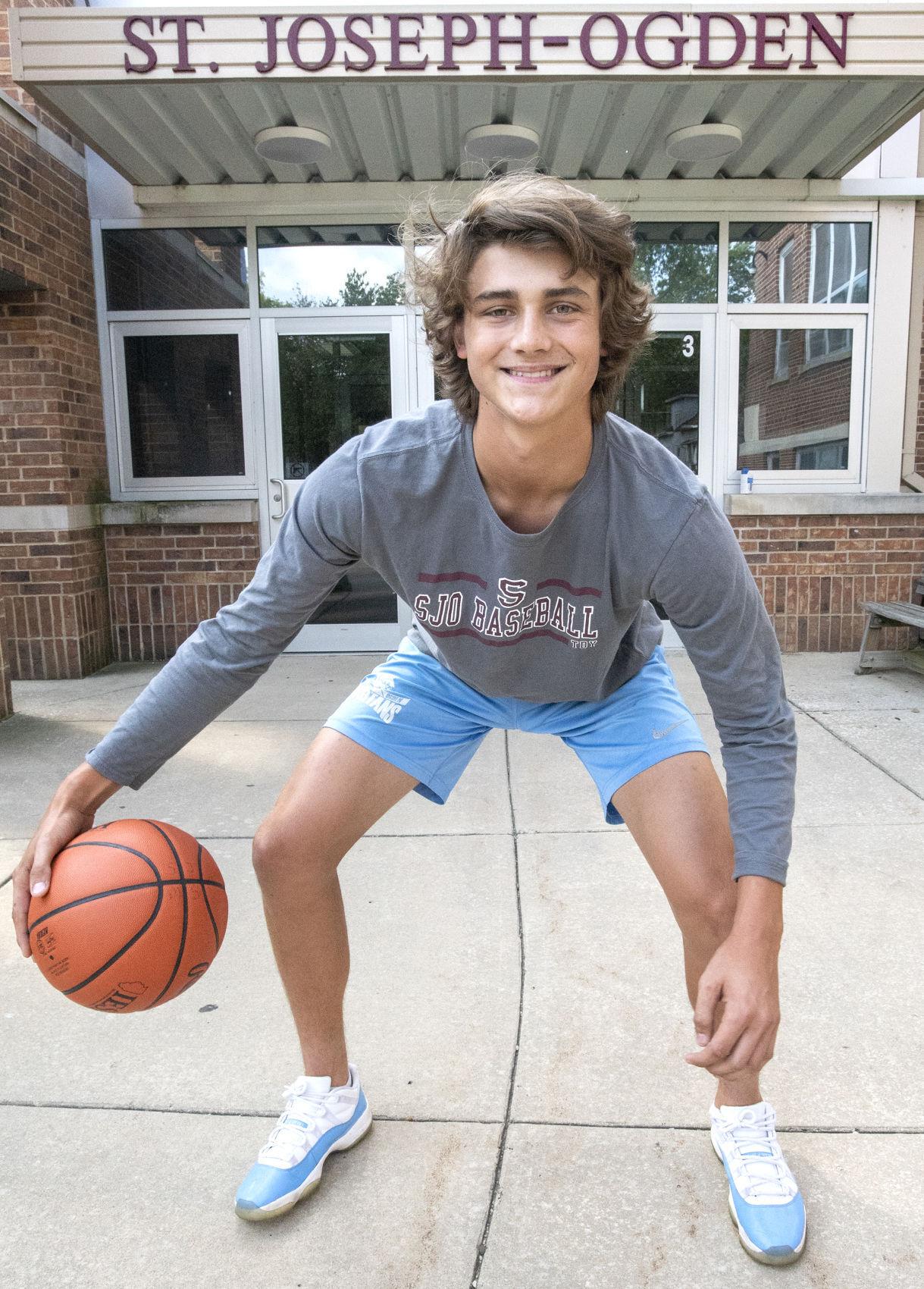 Growing up in the shadows of the University of Illinois, it was always a dream for Ty Pence to play basketball for the flagship school in the state.

Pence, a junior in the Class of 2023, has been elevating his game and took the first of many unofficial visits to Illinois last month where he visited with Assistant Coach Chester Frazier. He received an offer the next day.

“I’ve always held Illinois as somewhat of a dream school for me, since it’s so close to home and it means a lot for me and my family to get an offer,” he said.

“He (Frazier) had heard of me when he was at Virginia Tech, but now that he is back at Illinois, I’m sure that those communications will ramp up when they are able to. With the restrictions in place, a lot of coaches have not been able to see us play live, but that should be changing once the summer AAU season begins in July,” Pence said.

During his time on campus, Pence and his family toured the Ubben practice facility and saw a video on the renovations to the building, which have been appropriated at nearly $40 million.

“They showed us what the building is going to look like when it is finished, and it will have many amenities for the student-athletes not only for practice facilities, but for nutrition and replenishment of training regimens,” Pence said.

Pence jumped on the scene during his eight- grade year when some videos surfaced of him dunking a basketball at St. Joseph Middle School, where his father, Todd, also is superintendent. Pence credits those videos for getting him noticed and where he is at today.

“I think those videos of me helped get me on the AAU team that I’m currently on. We have a lot of talent on our team and last month at a tournament in Dallas, we had a really good three days of games that generated a lot of notoriety with our program,” Pence said.

Pence plays with Mid Pro Academy, which is a merger of the Illini Irish and the Quad City Elite. Mid Pro Academy is based out of Peoria and competes in the NY2LA circuit. They feature such talent as Ethan Kizer from Metamora and Owen Freeman from Bradley-Bourbonnais, who currently holds an offer from Illinois as well.

“Having scouts and other people watching my teammates is beneficial for me because even though they may not be there specifically watching me, knowing that they are there or watching on video might get me some recognition that will be meaningful down the road as I improve my game,” Pence said.

With Pence still in high school baseball mode on a potential state-bound team, his AAU coach has decided to not play in any tournaments during the month of June to let the members of the team focus on their high school competitions. However, those tournaments will ramp back up in July as the evaluation period kicks into high gear.

Pence, who fashions himself as a two guard, likes to stay busy away from the court, and will work mowing jobs during the summer, as well as help his older brother Jake, who buys and sells rental properties around the Midwest.

“Right now, I have most of my days open, so I want to try and stay busy and make some money and be successful in life other than basketball,” Pence said.

Regarding what he wants to work on in his game, Pence is continuing to improve his ballhandling and rebounding skills, as well as work on his defense, something he knows could always use some adjustment.

“I worked a lot on my ballhandling skills from my freshman to sophomore year of high school, and during the AAU circuit, just improving on those things plus working on being a better defensive player is something that I want to focus on,” Pence said about what he is focusing on to improve his game further.

Shortly after his scholarship offer to play at Illinois, Pence received a second offer from another in-state school in close proximity to St. Joseph, Eastern Illinois University in nearby Charleston and new head coach Marty Simmons. Simmons hopes to revive the Panthers program and bring it back to respectability in the Ohio Valley Conference. EIU’s current athletic director, Tom Michael, is a former resident of St. Joseph that is undoubtedly familiar with the Pence family, having seen his kids go through school at St. Joseph-Ogden with Ty’s siblings, older brother Jake and sister Kenzie. Pence’s mom, Kendra, is also a noted photographer and is often seen at Ty’s games taking pictures for various social media platforms.

Pence also has offers from the University of Illinois at Chicago, DePaul, Illinois State, Bradley and Akron.

Photo by the News-Gazette