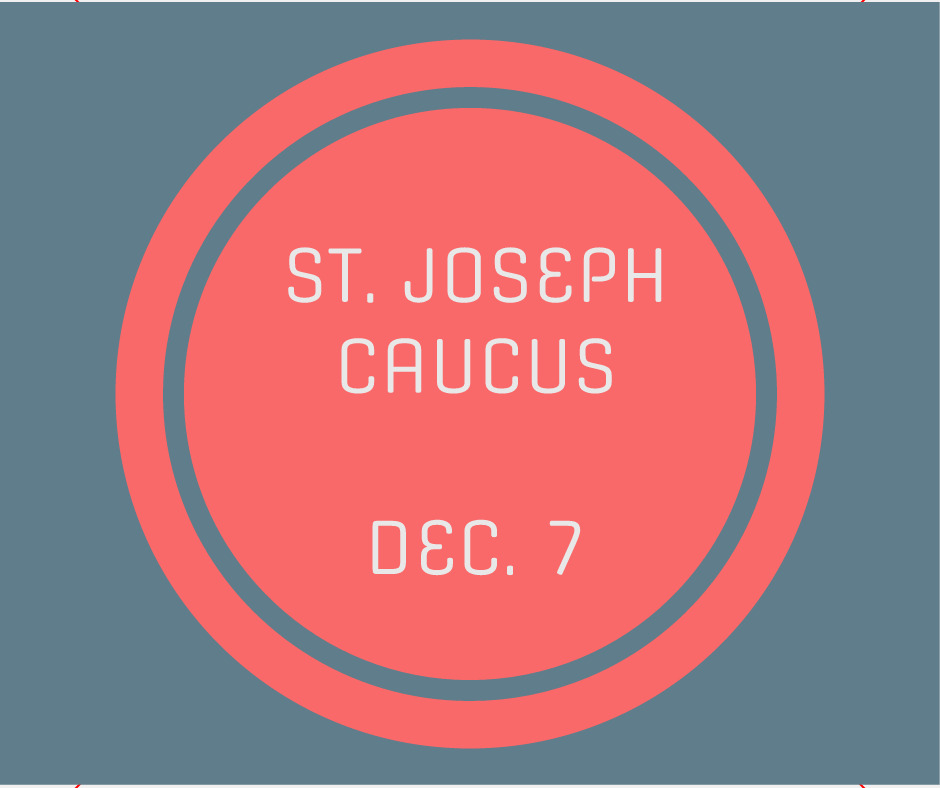 The Caucus of the Republican Party in St. Joseph will take place on Dec. 7 at the St. Joseph Township Building located at 400 W. Sherman Street in St. Joseph. The Caucus will start at 6:30 p.m. and will nominate candidates for mayor and three village board trustees for four year terms.

The Caucus of the Democratic Party in St. Joseph will take place Dec. 7 at the St. Joseph Annex Building, located at 201. N. Second Street, St. Joseph. The Caucus will start at 6;30 p.m. and will nominate candidates for mayor and three village board trustees for four year terms.

Municipalities with fewer than 5,000 people are allowed to hold caucuses to determine their primary nominees per party.

At the Republican Caucus in 2018, 41 people attended and decided who would be placed on the ballot for four trustee positions.

No residents attended the Democratic Caucus.

The winners of the Republican Caucus went on to fill the four open trustee positions.

In order to vote at a Caucus, residents must sign a form stating they are registered in the city or village that is holding the caucus, they are affiliated with the political party that is holding the caucus and that they will not participate in another caucus.  Volunteers then compare the resident’s provided address with voter registration rolls.

If a candidate is defeated at caucus they cannot run for a position as an independent by petitioning to be placed on the ballot.

The Caucus will also select a nominating committee that will provide names to the mayor in the event of a vacancy of a trustee position from their party.