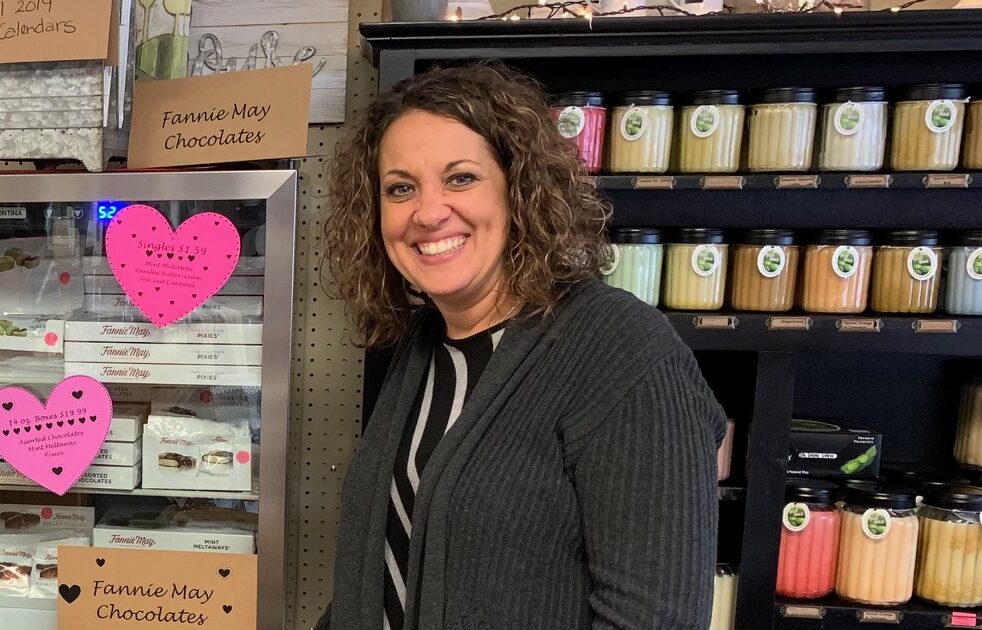 Around 6 a.m. this morning the owner of Country Chics, Stacy Cast, got a notification.

The notification told her that security cameras in and outside the store had picked up movement.

Cast’s husband, Fred, had just left for work when the notification came to his phone also.

“He could see the guy breaking in from his phone,” Stacy said.

Stacy called 911 while Fred headed to the store.

The intruder was gone by the time Fred arrived.

Stacy said she was furious and scared when she found out someone had broken into the store but the support she has received from the community today has helped.

Her landlord, Craig Dilley, immediately went to the store to help Fred assess the damages while Stacy waited for the Champaign County Sheriff’s Department to take her report. Dilley called Bacon & Van Buskirk Glass Co. and they had the door fixed in three hours.

“I am so thankful for them,” Stacy said.

Stacy also called Mayor Tami Fruhling-Voges and alerted her to the situation.

“She is always supportive,” Stacy said. “She said they would check their cameras to help in any way she could. My customers have been messaging me all day giving their support. This is why I am thankful we live here. I love this community.”

Salon 192 and Geschenk Coffee, Cafe & Gifts were also broken into.

Amy Gibbons, owner of Salon 192, was alerted about the break in early this morning.

“I drove up and police and my landlord were already here,” she said.

Gibbons said she doesn’t keep a lot of cash on hand at the salon and that seems to be what the burglar was looking for. He did bust a window at the salon.

“I have been overwhelmed with messages asking if we are okay or need anything,” Gibbons said. “I just am so blessed and glad everyone is safe as uncomfortable and annoying as this all is.”

Anyone with additional information should contact the investigative division of the sheriff’s office at 217-384-1213 or, if wishing to remain anonymous, Champaign County Crime Stoppers at 217-373-8477 or 373tips.com or via the free “P3 Tips” app.