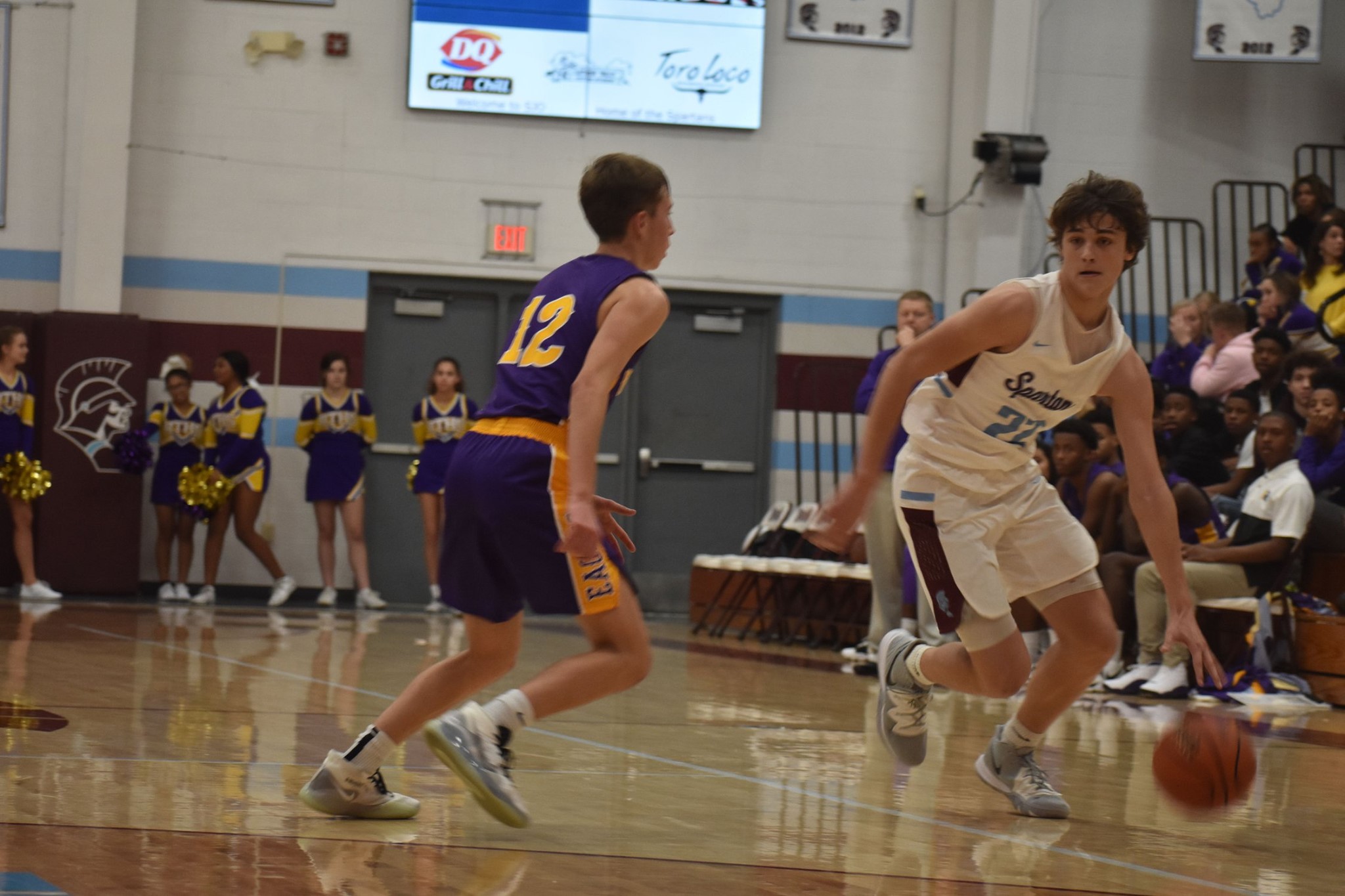 Winning postseason hardware is arguably one of the main objectives for every high school boys’ basketball team.
But so are conference championships.

And St. Joseph-Ogden High School is one win away from finishing with a perfect record in Illini Prairie Conference play this season.

The Spartans (21-7, 8-0 Illini Prairie) end the regular season at 7 p.m. on Friday at Bloomington Central Catholic, trying to keep their momentum rolling from the last month and win a conference title.

They’ll also look to start a new streak after Teutpolis snapped SJO’s 11-game win streak with a 61-45 win on Monday night in Teutopolis.

Prior to the road loss against the Wooden Shoes, which saw Chance Izard score a game-high 20 points and Jordan Kelly add six points in a makeup game after the first game between the two schools was postponed on Jan. 17 because of inclement weather, the Spartans racked up three wins last week by defeating West Hancock 72-37 last Saturday at the Riverton Shootout, Chillicothe IVC 60-54 last Friday night at home and 66-53 at Rantoul on Feb. 11.

Ty Pence finished with a game-high 28 points to lead SJO against West Hancock, with the Spartans leading 19-8 at the end of the first quarter, 36-20 at halftime and 58-26 to start the fourth quarter.

The Spartans held on to defeat Chillicothe IVC after leading the Grey Ghosts 18-11 at the end of the first quarter, 28-21 at halftime and 43-39 by the start of the fourth quarter.

In its win against Rantoul, SJO led 13-10 at the end of the first quarter, 32-28 at halftime and 49-37 to start the fourth quarter. Izard dropped in a game-high 29 points against the Eagles on the strength of four three-pointers, with Pence (14 points), Kelly (nine points) and Payton Grimsley (seven points) also contributing offensively.

Note: Postseason play begins next week for SJO, with the Spartans set to host a seven-team Class 2A regional. The Spartans, who received the fourth seed, will face No. 13 Westville at 6 p.m. next Tuesday in a regional quarterfinal game. SJO owns a 79-44 win at Westville on Feb. 1 this season. If the Spartans top the Tigers for the second time this month, they’d face either No. 6 Villa Grove/Heritage or No. 12 Unity at 7:30 p.m. next Wednesday in a regional semifinal game.

Those two teams are set to meet at 7:30 p.m. on Tuesday in a regional quarterfinal game.

The regional championship game is set for a 7 p.m. tip on Friday, Feb. 28, with the winner advancing to a semifinal game at the Pontiac Sectional on March 3.