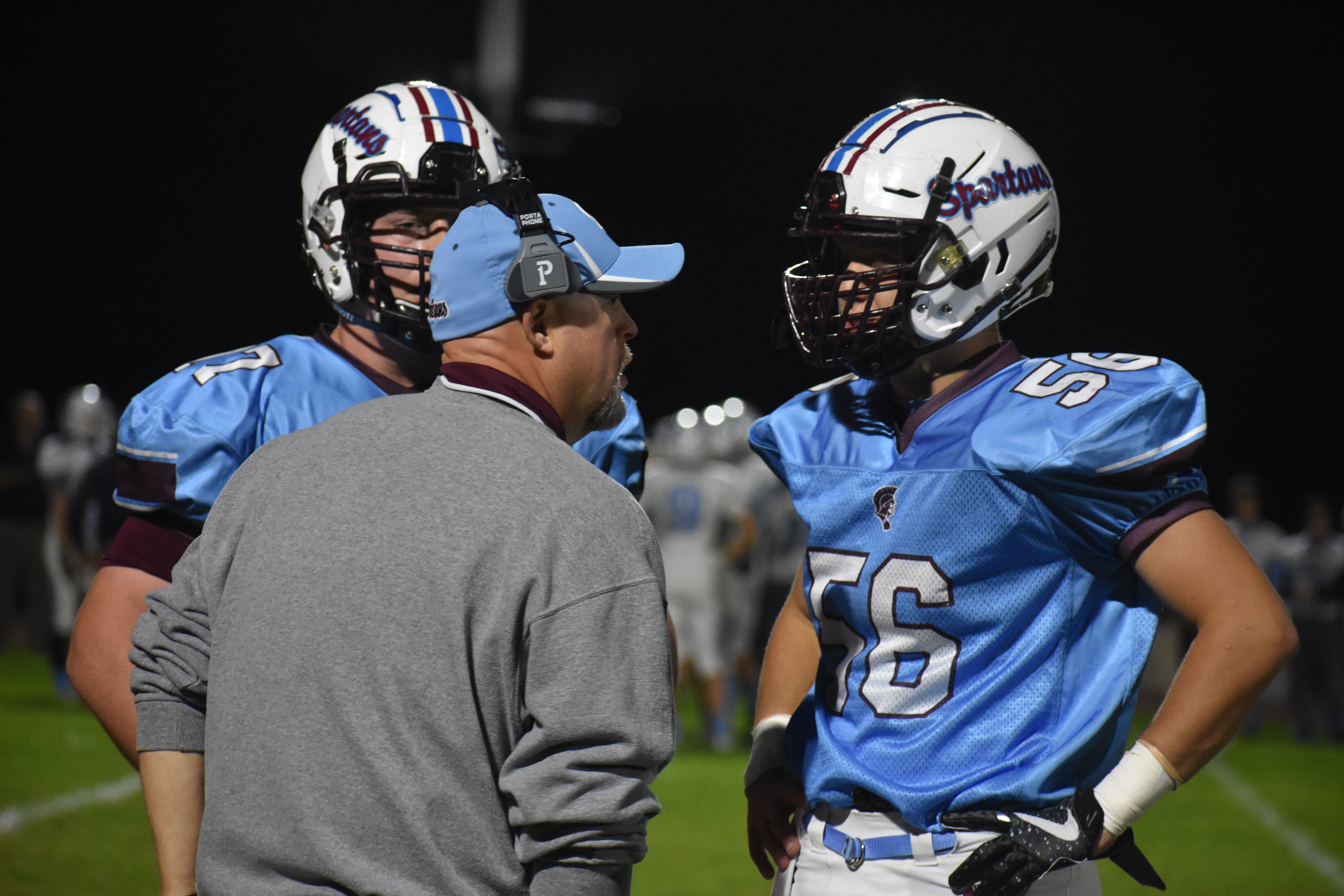 The St. Joseph-Ogden High School football team saw its season end this past Saturday with a 54-26 loss at Williamsville in a Class 3A first-round playoff game.

The Spartans (5-5) never led in their season-ending loss, with the undefeated Bullets (10-0) jumping out to a 27-0 lead after the first quarter.

SJO managed its first touchdown in the second quarter on a 6-yard touchdown pass from junior Crayton Burnett to freshman Ty Pence, but Williamsville enjoyed a 33-6 lead at that point.
The Bullets expanded their lead to 47-6 early in the third quarter, putting a running clock in effect for the rest of the game. Pence hauled in another touchdown pass from Burnett, this one from 44 yards out, that trimmed SJO’s deficit to 47-12 midway through the third quarter.

Williamsville racked up 446 yards of total offense, with running back Grant Ripperda rushing for 128 yards on 13 carries and three touchdowns. Quarterback Conor McCormick went 8 of 13 passing for 166 yards and two touchdowns to go along with two rushing touchdowns and 79 rushing yards to add to the Bullets’ offensive success.

By Nora Maberry November 4, 2019
in Athletics