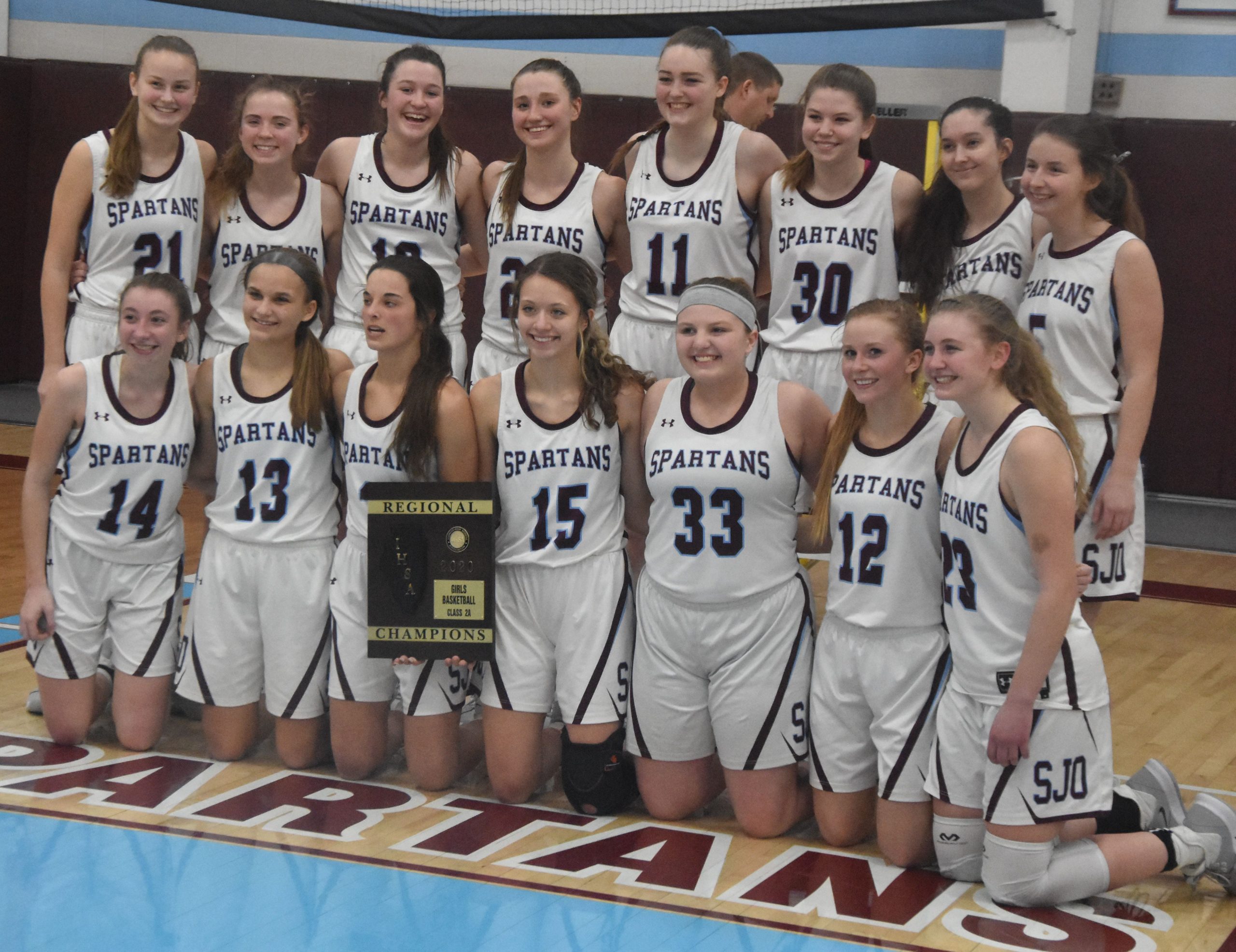 Even if the St. Joseph-Ogden High School girls’ basketball team makes it look rather, well, easy.

SJO led Villa Grove/Heritage 11-7 at the end of the first quarter, 24-18 at halftime and 32-27 entering the fourth quarter before finishing off the Blue Devils during the final eight minutes.

Senior Katie Cramer scored a team-high 12 points on the strength of two three-pointers to pace the Spartans, with all of her points happening in the first half.

Sophomore Abby Behrens provided a lift off the bench in the second half, registering all nine of her points in the third and fourth quarters. Junior Payton Vallee also recorded nine points, with sophomore Payton Jacob (eight points), senior Taylor Barnes (six points), junior Atleigh Hamilton (five points) and sophomore Taylor Wells (one point) rounding out the scoring for SJO.

If SJO can knock off Paris on Monday night, the Spartans would play either Unity (22-9) or Teutopolis (23-8). Those two teams are set to meet at 6 p.m. Monday in the first sectional semifinal game in Paris, with the sectional championship game slated for 7 p.m. on Thursday in Paris.