He has overcome injury and now, Wyatt Wolfersberger, a Lewis University sophomore and St. Joseph-Ogden graduate, is ready to compete. More than ready.

The former Spartan ran his first race at the St. Ambrose University hosted Frigid Bee Invitational, which was held at Roell Indoor Track in Davenport, Iowa. He finished fourth in the 3,000-meter run, breaking the tape in 9 minutes, 47.52 seconds.

“I was happy with the time and finish, because it had been so long since I had raced,” said Wolfersberger. “I think I could have been at least 10 seconds faster had the race played out differently and not spread out so fast. It was fun to be out there racing again. I hope as the season progresses, the times get better and better.”

The former Spartan runner also competed in the Tom Hathaway Distance Classic, this time running the mile run at the unscored meet. He finished in 4:53.64 at the meet hosted by the University of Indianapolis and held at ARC in Indianapolis, Indiana.

“For me this is training for cross country,” said Wolfersberger. “My goals for both indoor and outdoor track season are to get back into racing since I have missed so much time. It is a long warm-up for cross country, because when we have our entire team back from injury, we can accomplish some big things. The mile has always been my favorite track race since middle school. It was a blast to get out and race the distance again. Four Lewis runners were in the race and it was fun to compete in that race.”

The sophomore has just started racing due to dealing with a labrum tear in his left hip. He first developed the injury the summer proceeding his freshman year. He required surgery to fix the problem in March 2019. During his injury-time off however, Wolfersberger was learning about college track and cross country.

“There is a ton more strategy that is used in the races than there was in high school,” said Wolfersberger. “From the moment I came back to campus, I started training for my first race. That was my entire concentration. My coach has been giving me workouts and now I am getting back on the same training schedule as the rest of the team.”

To get to the NCAA Division II school, the former Spartan was a two-time all-stater at the Illinois High School Association Class 1A level. He was also a member of the 2015 team, which finished third in the state as a team. He also helped St. Joseph-Ogden win two conference championships, one in the Okaw Valley and one in the Illini Prairie, a regional and sectional championship, both won in 2017. In 2017, he was the individual regional champion. He retired with the fifth fastest cross country time in the history of SJO.

“I like cross country more than track as a competitor,” said the current Flyer distance runner. “I like racing on the grass more than the track because there is always a race to run against anyone. The races are more fun because you typically don’t have to run a lot of laps in the same circle. As a spectator, I like watching track better because it is easier to see everything and it is easier to cheer on my teammates. During indoor, it gets so loud when everyone is cheering it is tremendous to be a part of that.”

The son of Matt and Sara Wolfersberger is a Physics Major. After earning his bachelor’s degree, he plans on pursuing a master’s degree in engineering. He has earned the Delahanty Award at Lewis, which is given to any student-athlete with a grade point average of 3.5 or higher.


Thank you to Matt Wolfersberger for the photo. 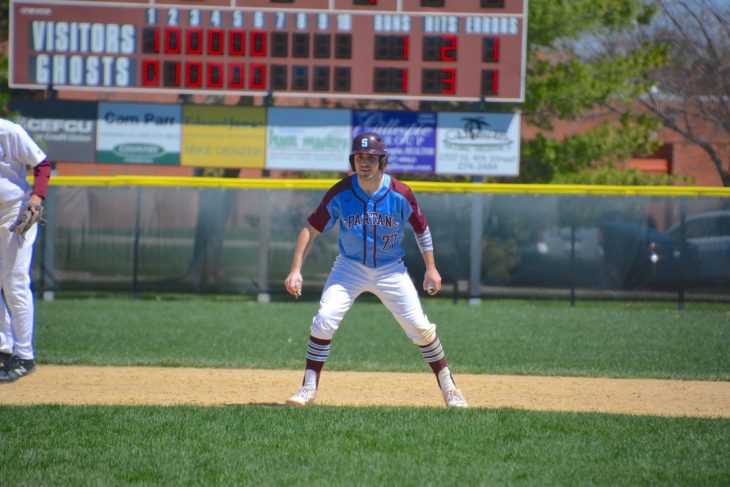