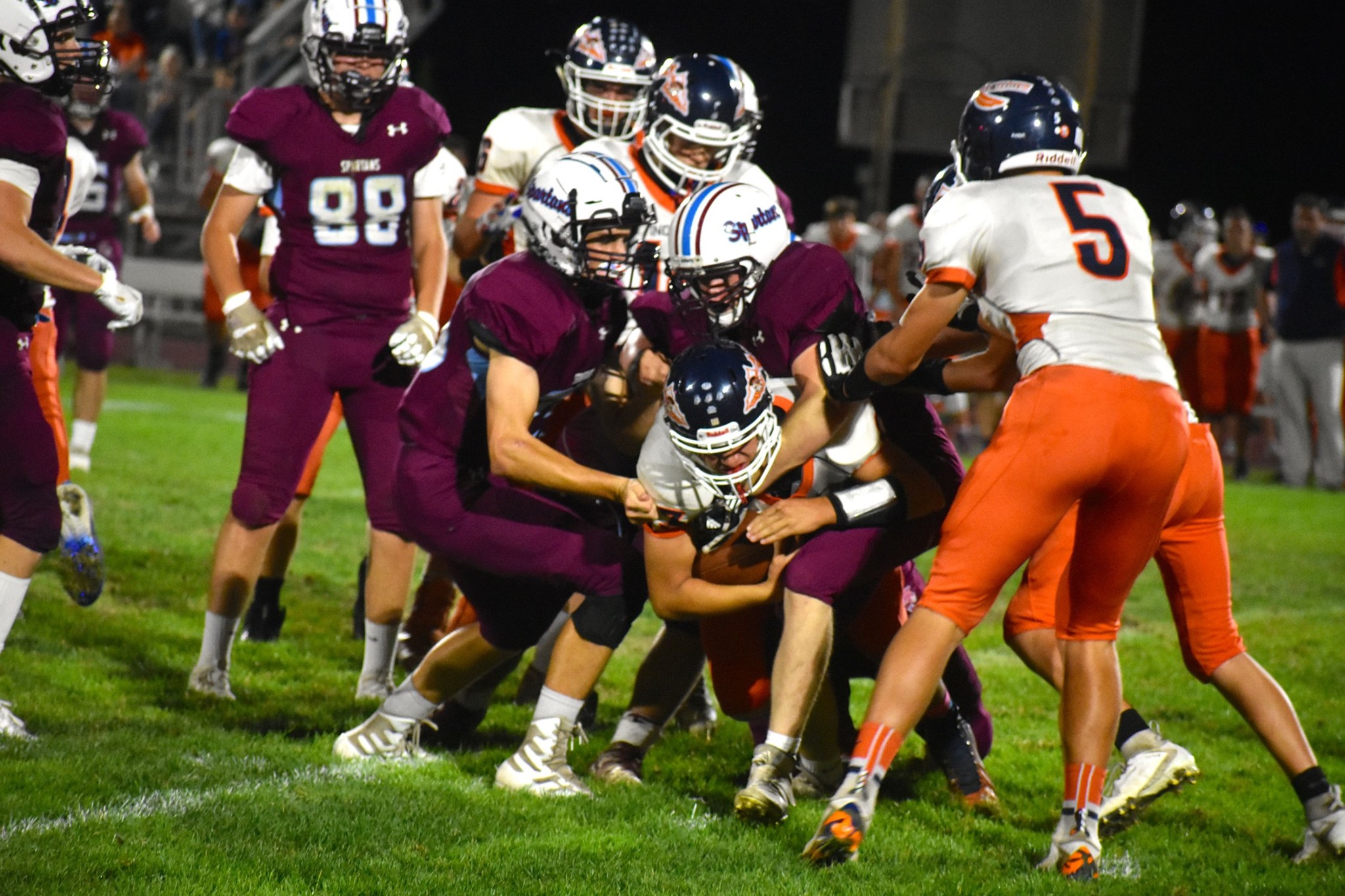 St. Joseph-Ogden is looking for a new opponent to open the 2020 football season.

St. Thomas More announced on Monday that they will be joining the Illinois 8-Man Football Association for the upcoming season.

St. Thomas More football coach Nathan Watson told The News-Gazette that over a two-week span, the decision was made to leave the Illini Prairie Conference and join the new association.

Watson told The News-Gazette that safety was the biggest concern.

“When you look at low numbers, safety is an issue,” Watson said. “At one point this season I had a kid who wanted a (substitution), and I had to tell him no. I said, ‘Look at the bench. There’s no one else. I need you to go. That’s probably not what’s best for the kid, and I didn’t feel right saying it.”

SJO football coach Shawn Skinner said 8-man can be safer for players.
“Football in its nature is a numbers game and programs that struggle usually list lack of participation as one of the major contributing factors,” Skinner said. “The 8-man game really does help programs that are unable to get a higher number of participants.”

Last year, the Sabers had 25 players on the roster and finished 1-8 in the 10-team Illini Prairie Conference. The conference had five teams in the Class 3A or 4A playoffs.

Skinner said he sees a clear trend where teams who have participation issues are utilizing the 8-man roster as a mean to continue to offer football to their students.

“The IHSA now has less than 500 schools eligible for postseason play who are participating in 11-man football. I will not be shocked to see teams with four wins make the postseason this coming fall,” he said. “We had a very good rivalry with STM for many of the years they had 11-man football. It’s unfortunate that they have struggled for whatever reason to get the interest in their student body to participate in football.”

SJO Athletic Director Justin Franzen said SJO is in the process of looking for a new opponent to kick off their season.

“We will need to now find a Week 1 opponent, which we have already been working on,” Franzen said. “Last year for football, we found different teams to play against us in both freshmen and JV football because STM only had a varsity team.”

Franzen said the focus needs to be on the student-athletes.

“In order to continue to compete at a high level, we will want the best for our student athletes and coaches moving forward,” he said.

Last season, 16 schools participated in the 8-Man association. This year, the organization has 23 participants including Milford/Cissna Park, Judah Christian and Blue Ridge.