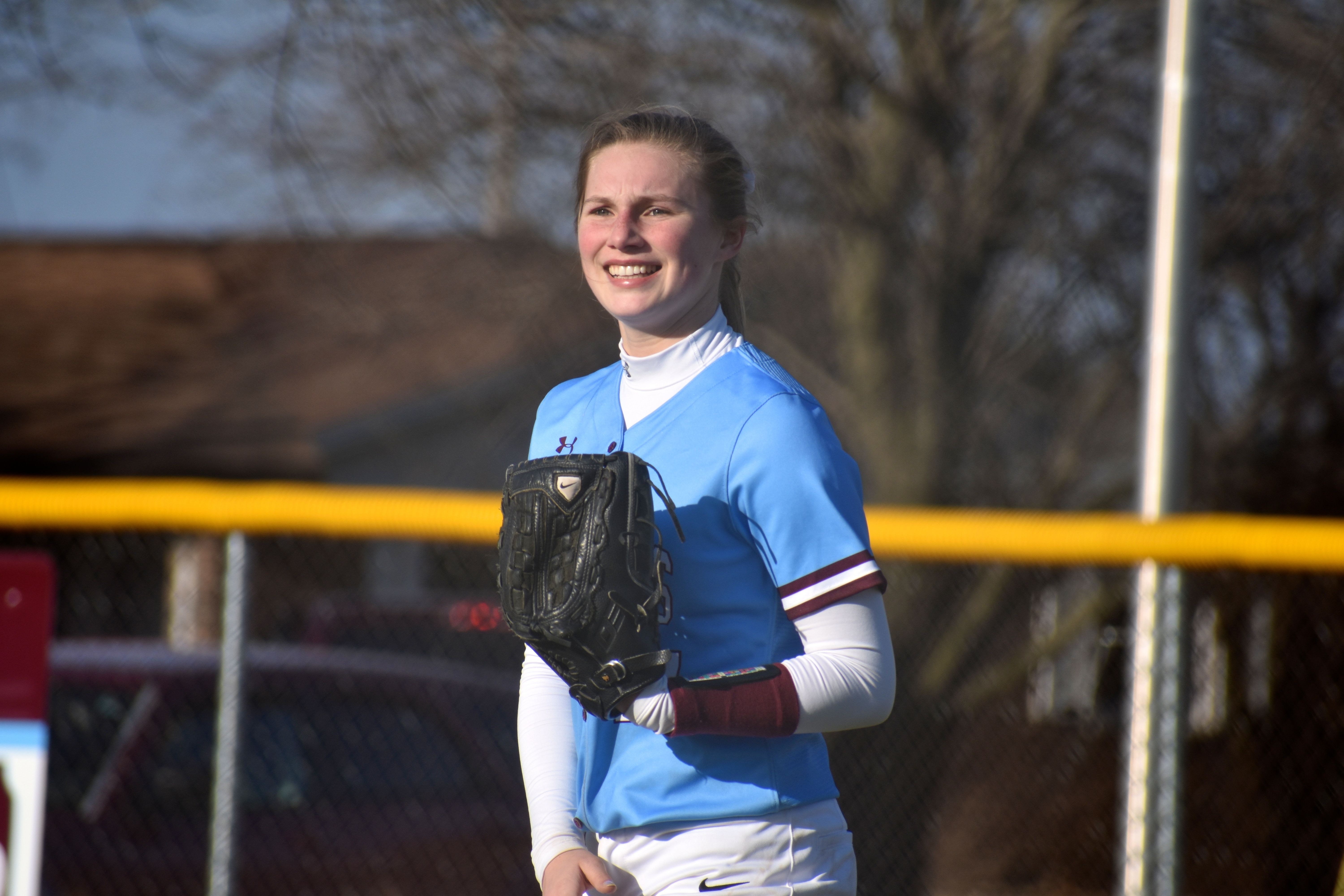 A strong offensive showing by the St. Joseph-Ogden High School softball team and baseball teams led to wins earlier this week by the Spartans. Here’s more from the past few days:

In softball
The St. Joseph-Ogden High School softball team scored its most runs so far this season in a convincing 18-8 win in five innings on Wednesday afternoon against Bismarck-Henning/Rossville-Alvin.

The home nonconference win pushed the Spartans to 5-0 on the season heading into Saturday’s Rantoul Tournament.

SJO scored at least one run in every inning against BHRA, with a 10-run third inning breaking a 5-5 tie and giving SJO a 15-5 lead.

Every player who started for the Spartans had at least one hit, with Hannah Dukeman and Bailey Dowling powering the lineup.

Dukeman went 2 for 5 with three runs scored and five RBI, hitting a grand slam in the third inning after belting a solo home run in the second. Those were just two of the seven home runs hit by SJO in the game, with Dowling (2 for 3, three runs scored, four RBI) hitting two home runs as well.

The Spartans took a 1-0 lead after one inning when Dukeman scored on an error by BHRA before the Blue Devils went ahead 5-1 before SJO came up to bat again.

Crippen started the four-run second inning by SJO with a bunt single before Trankina laid down a sacrifice bunt to advance Crippen to second base. Martlage then came through with an RBI single to score Crippen and cut SJO’s deficit to 5-2 before the big bats of Dowling and Dukeman delivered. Dowling pulled a two-run home run into field and Dukeman followed with a solo home run to tie the game at 5.

The score remained that way until the bottom of the third, where the Spartans sent 14 batters to the plate and left with a 15-5 lead.

Smith started the inning off with a single and Hudson drilled a two-run home run in the next at-bat to give SJO a 7-5 lead. Crippen and then singled before Martlage scored Crippen with an RBI single to increase the Spartans’ lead to 8-5. With one out, Dowling walked to load the bases, setting the stage for Dukeman’s grand slam over the left-field fence and a 12-5 lead for the Spartans.

But SJO wasn’t done yet. Ward and Smith each hit solo home runs to left field, giving the Spartans three straight home runs and a 14-5 lead. Hudson and Crippen followed with singles before Hudson came around to score on a BHRA error put SJO up 15-5.

BHRA countered with three runs in the top of the fourth to cut SJO’s lead to 15-8, but a solo home run by Dowling over the center field fence in the fourth inning made it 16-8 in favor of SJO.

Hudson walked to lead off the bottom of the fifth inning and after another bunt single by Crippen, Hudson scored on a passed ball to increase SJO’s lead to 17-8. Trankina reached on an error, Martlage walked and Poulter dropped down a bunt single to load the bases for Dowling.

Dowling walked on four pitches to plate Trankina and end the game early with an 18-8 win.

Ashtyn Cromwell garnered the win in the pitcher’s circle, throwing four innings and yielding 11 hits, while six of the eight runs she allowed were earned. Cromwell struck out four and walked four. Zoey Witruk threw an inning of relief, walking one, but striking out the side and not allowing a hit.

The Spartans, however, could not produce the same type of offensive performance a day later, falling 2-1 at home to Centennial on Wednesday.

With the game tied at 1 after two innings, a five-run effort by SJO in the top of the third inning extended the Spartans’ lead to 6-1, with Frerichs and Kaden Jacobs each driving in a run. SJO managed to put the ball in play, too, resulting in two errors by Salt Fork letting three other runs cross home plate.

With a 6-2 lead in the top of the fifth, SJO ended the game early with a six-run inning before Rose preserved the 10-run win.

Sam Wesley started the offensive production in the inning with a one-out single and came around to score after the Spartans drew three straight walks, with Jaden Miller driving in a run with a bases-loaded walk. Rose then delivered a two-run single and Burnett followed suit with a two-run single of his own to put SJO up 11-2.

The Spartans their lead to 12-2 after Nick Boggs put the ball in play, resulting in an error that scored Frerichs.

Rose picked up the win on the mound, throwing all five innings and scattering five hits. He struck out five and did not issue a walk.

SJO managed five hits against Centennial, but five errors did not help matters for the Spartans in their nonconference loss.

With the game scoreless after three innings, Centennial pushed across its only two runs off a pair of errors by SJO to go ahead 2-0.

The score remained that way until the bottom of the seventh, where a late rally by SJO fell short. Miller walked to start the inning before Rose hit into a fielder’s choice. But Frerichs was hit by a pitch, putting runners on first and second with only one out. After Burnett flew out to right field, allowing Rose to tag up and advance to third, Boggs singled to center to score Rose and trim SJO’s deficit to 2-1.

But the Spartans couldn’t push across any more runs before the third and final out of the inning ended the game.

SJO (5-4) is slated to host Westville at 4:30 p.m. on Thursday before traveling to Teutopolis on Saturday for two games. The Spartans are set to face the host Wooden Shoes, the state runner-up last season in 2A, at 10 a.m. before playing Stillman Valley at noon.