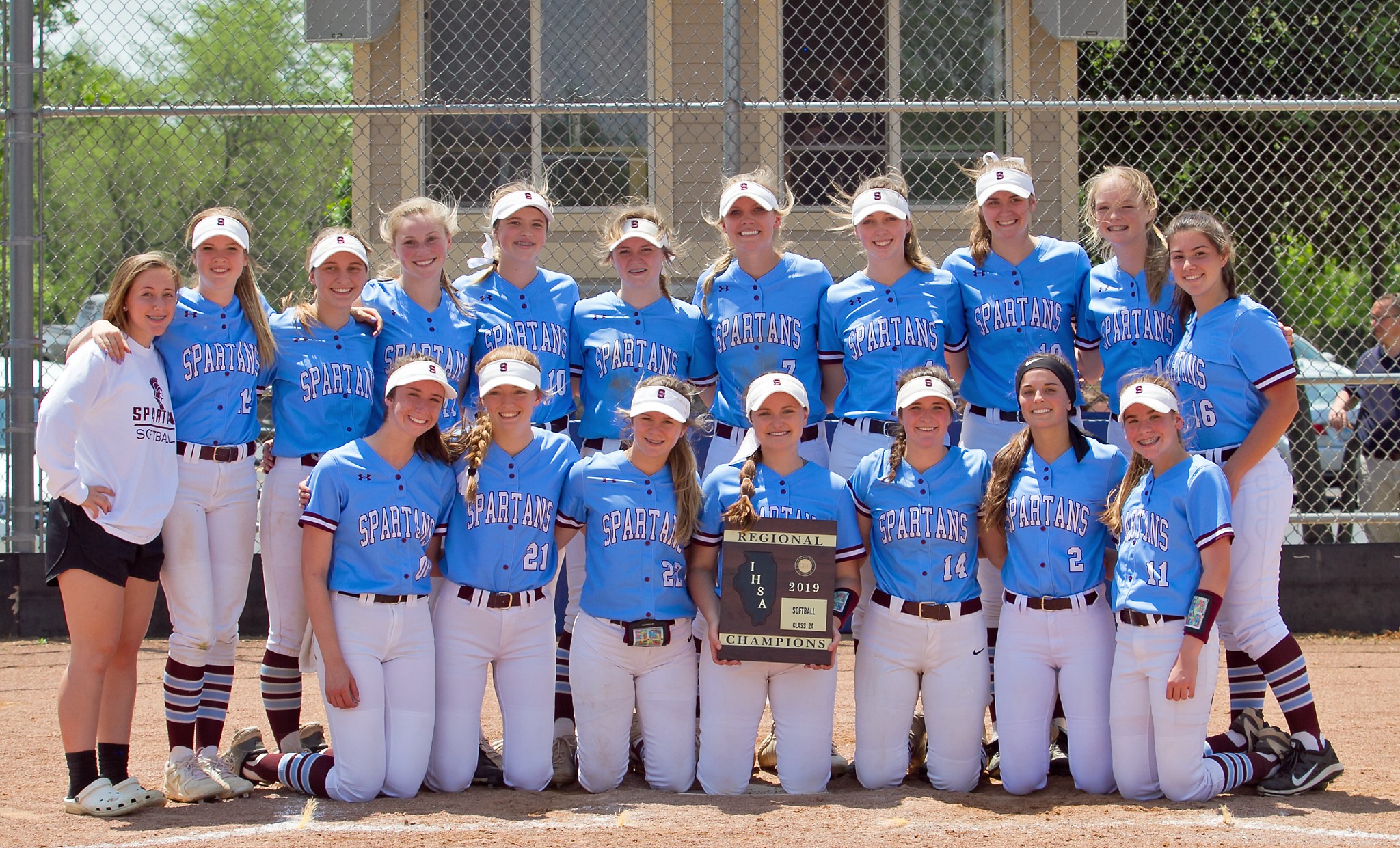 Add another regional title to the growing collection for the St. Joseph-Ogden High School softball team.

Zoey Witruk continued to shine in the pitcher’s circle, throwing a two-hit complete game and striking out 15, a key reason why SJO never trailed.
Another key reason? The hitting prowess of Kaylee Ward, who went 2 for 3 with two RBI.

But they weren’t the only two Spartans who stepped up to keep SJO’s season going into a 4:30 p.m. sectional semifinal game on Wednesday against Olympia in Stanford. Savannah Smith went 1 for 3 with an RBI and a run scored, while Jaycee Lewis and Katie Poulter both went 1 for 3 with a run scored. Raegan Crippen (1 for 2), Witruk (1 for 3) and Bailey Dowling (three walks, one run scored) also played key roles in the Spartans’ latest postseason triumph.

“It never gets old winning another regional and getting to add another number on the fence,” SJO first-year coach Larry Sparks said. “It just goes to show how hard our girls work to keep the tradition going.”

Witruk didn’t allow a hit until the top of the seventh inning when Maroa-Forsyth’s Allie Robinson hit a solo home run for the Trojans. Witruk’s dominance was evident early on since the first seven outs she recorded all came via a strikeout.

“Zoey did awesome in both regional wins,” Sparks said. “She’s getting close to being the pitcher she was before her back injury last year. She’s being more aggressive in challenging hitters early in the count and going at the lesser hitters, which is helping her to throw fewer pitches.”

SJO got on the scoreboard in the top of the third inning with three runs to go ahead 3-0. Lewis singled to lead off the inning and Dowling walked. After Hannah Dukeman flew out to field, Smith delivered a double to center field to score Lewis and put SJO up 1-0.

Ward kept the offensive flow going with another double to center field, scoring Dowling and Smith to increase the Spartans’ lead to 3-0.

“It’s huge for Kaylee to have a big day for us offensively,” Sparks said. “She has been fairly consistent this season, but when she’s on it makes it hard to walk Bailey and Hannah. There’s a ton of upside for our team when she has big days at the plate.”

The score remained 3-0 in favor of SJO until the bottom of the sixth. Ward started the offensive output with a one-out double and advanced to third on a bunt single by Poulter. Aggressive base running by Ward and Poulter allowed SJO to take a 5-0 lead after a Maroa-Forsyth error.

Then, it was up to Witruk and the SJO defense to seal the win. Witruk recorded her 15th and final strikeout of the game to record the second out in the top of the seventh and Dukeman showed why she’s a Division I recruit as the Spartans catcher and Ball State commit picked off a Maroa-Forsyth runner at second base to end the game and set off a celebration by the Spartans.

“Our girls are taking things one game at a time, but we feel really good about where we are as a team right now,” Sparks said. “We’ve had some ups and downs along the way this season, but I feel like we know who we are as a team and our younger kids are starting to understand their roles. We really like we’re where we need to be at this point in the season. Each step gets harder and harder but we like our chances.”

The next chance for SJO (22-9) comes against Olympia (23-7), an Illini Prairie Conference team that SJO beat 7-2 on May 7 in Stanford. The two teams also met last year in the sectional semifinals, with SJO winning 7-1.
The winner of Wednesday’s game is slated to meet Unity (27-5) at 11 a.m. on Saturday in the sectional championship game. Unity defeated Gibson City-Melvin-Sibley 5-4 on Tuesday in the first sectional semifinal game.
But first, SJO must hone in on Olympia.

“Olympia has established themselves as a very solid team,” Sparks said. “They’re well-coached and have really solid pitching. They’re also playing at home, which makes them an even tougher opponent. We went in there a weeks ago and did what many people don’t there and beat them. They’ll be coming for payback, but we’ll be ready to do what all Spartan teams before us have done: work harder, play smarter and survive to see another day.” 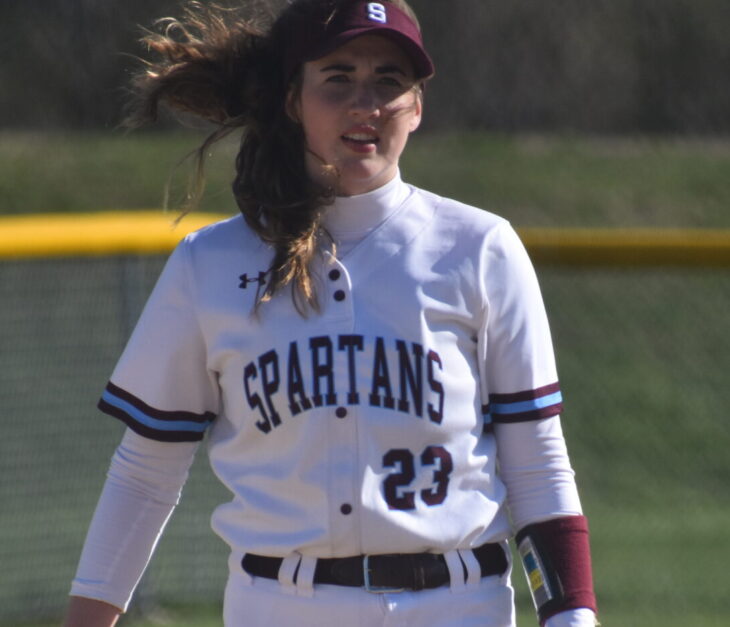 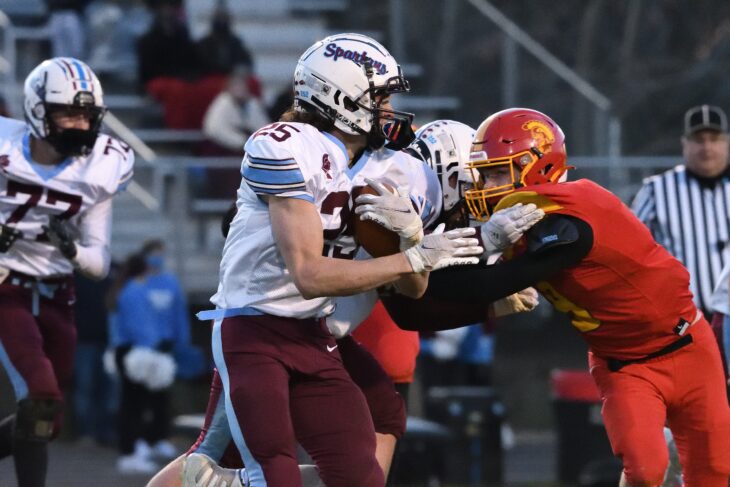 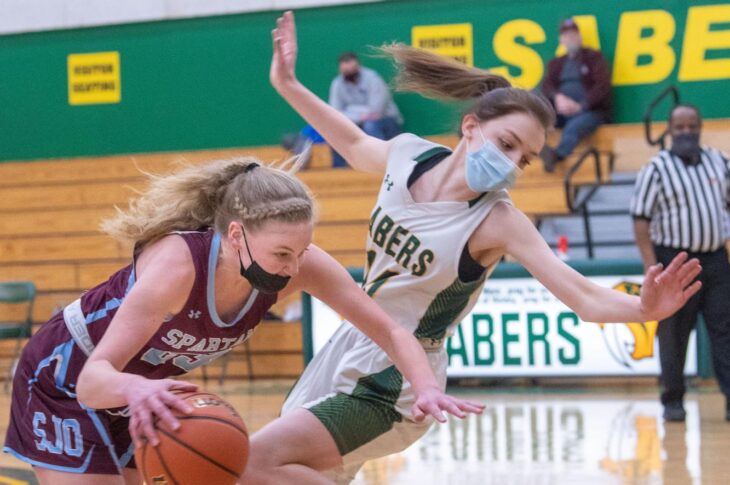