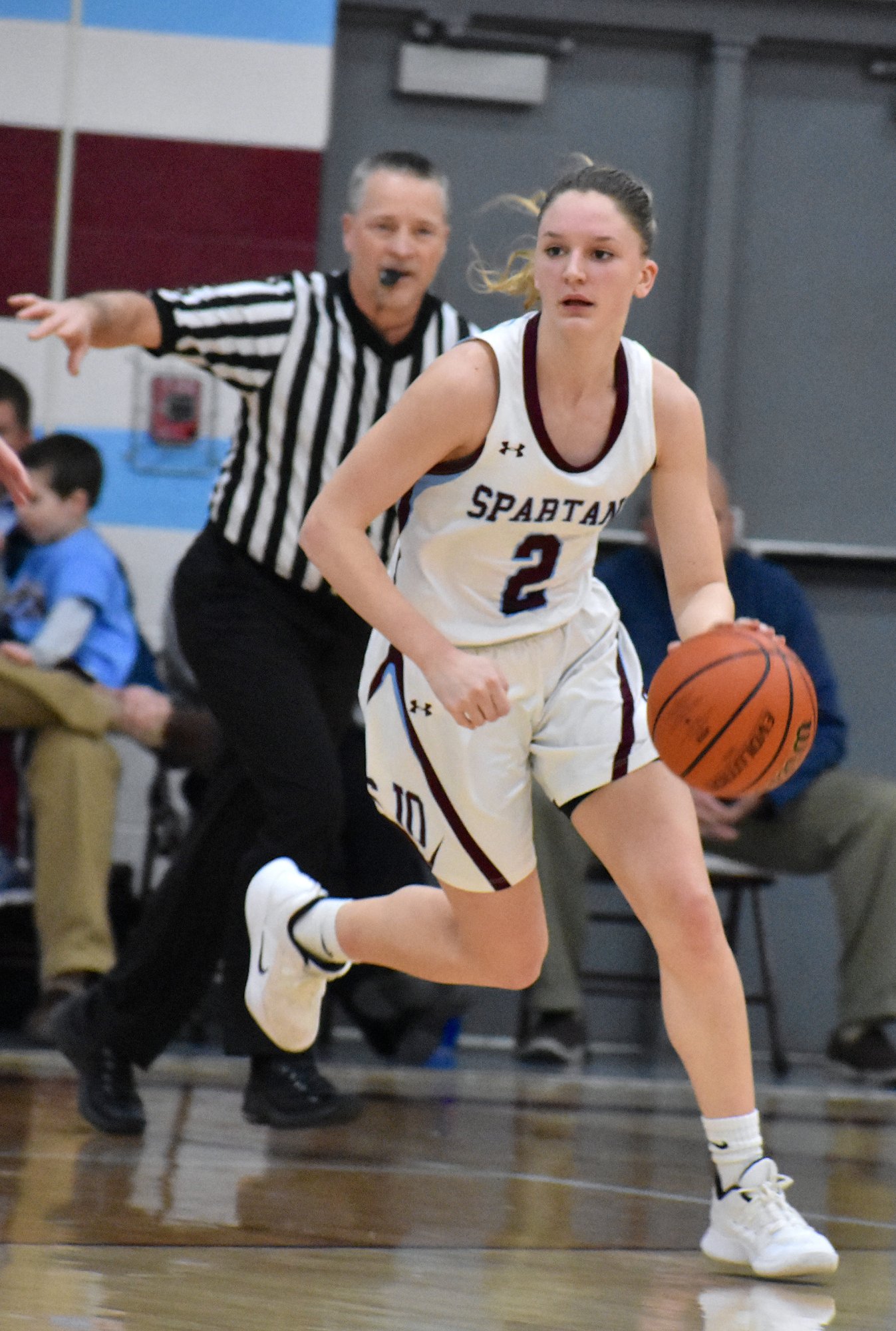 on Thursday night and the St. Joseph-Ogden High School girls’ basketball team achieves a milestone only one other team in program history has done.

Coach Kevin Taylor’s Spartans will tip off at 7 p.m. against Watseka in the Class 2A Gibson City-Melvin-Sibley Sectional championship game, with SJO vying for only its second-ever sectional title in program history.

SJO and Watseka haven’t met this season, but have posted impressive results so far. SJO (26-4) carries a 13-game win streak into the game, while Watseka (26-3) has won five straight and 14 of its last 15 games.

“Watseka is a very good team with a good post player and some guards who can shoot,” Taylor said. “They will mix up different types of defense against us as well.”

SJO will have several options offensively, which has become customary throughout the season. Senior guards Bree Trimble and Peyton Crowe are the main cogs, but the production from junior guard Hannah Dukeman, senior guard Maclayne Taylor and others can’t be overlooked. That was particularly true during Monday’s 53-38 win against GCMS in a sectional semifinal game. The host Falcons jumped out to an 8-0 lead, but two three-pointers from Dukeman in the first quarter helped calm some nerves for SJO and allow the Spartans to get back in the game.

“Balance is key for this team,” Kevin Taylor said. “We got off to a slow start and Hannah carried us when others started slow. Maclayne has been playing with a lot of confidence lately and made some big shots along with getting some big rebounds. At this time of year, we need balance in scoring and several girls have stepped up.”

Trimble led SJO with 16 points against GCMS and played a key part in a steady second half.

“Bree did a good job staying positive and working to get open,” Kevin Taylor said. “She missed some shots but then hit some key shots late. The key in the second half was for us to continue forcing the action and running the floor. We felt at halftime we were starting to wear them down. GCMS played extremely hard, but we felt it was important to keep up a faster pace.”

That was needed to silence an energetic and loud crowd of GCMS rooters. SJO, like typically does for all sports, traveled well to Gibson City. The same is expected again on Thursday night.

“GCMS’ crowd was really loud and made it a fun environment,” Kevin Taylor said. “We had a good crowd, too, and we expect we will have another good crowd against Watseka, which the girls appreciate.”

Now, they’ll try to reward their faithful supporters with a sectional title. If SJO emerges with a victory, the Spartans will advance to the Pontiac Super-Sectional at 7:30 p.m. next Monday against either Chicago Catalyst/Maria or Chicago Christian. Those two teams meet at 7 p.m. on Thursday in Lisle for a sectional championship game.

“The girls have put in a lot of work, not just this year, but in previous years,” Kevin Taylor said. “It is always nice to see hard work reward, and I’m not sure yet what it would mean to win a sectional title, but we look forward to the opportunity we have on Thursday.”