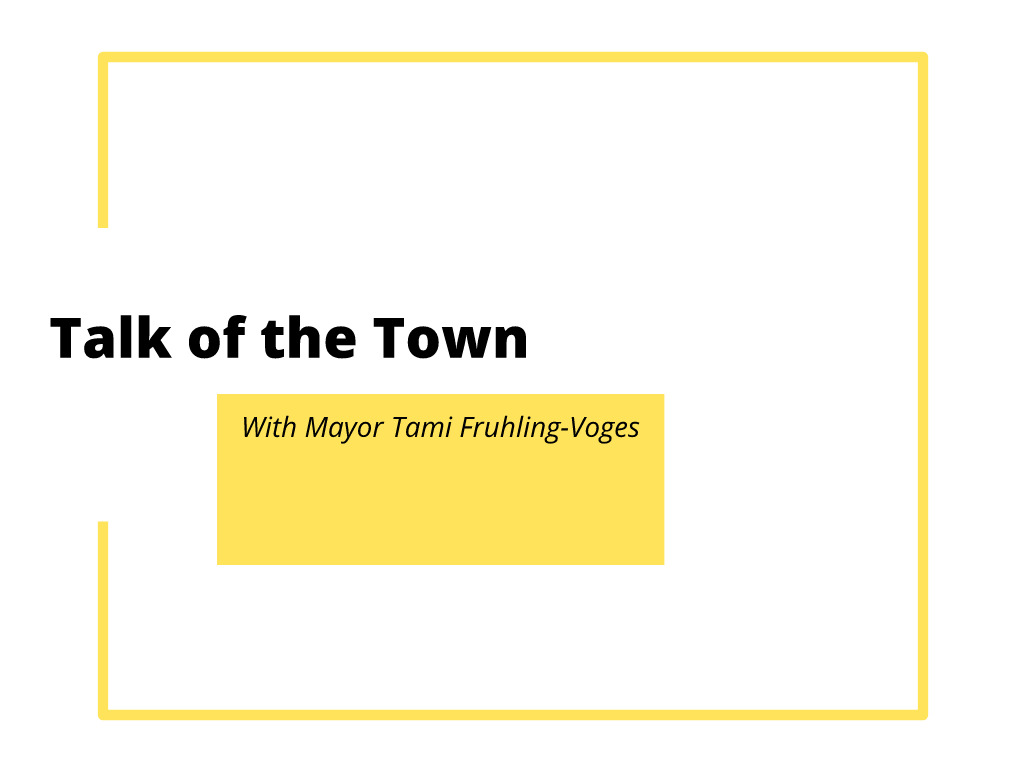 That’s what Mayor Tami Fruhling-Voges wants to tell residents who may be questioning why the village is pursuing hiring a new employee.

When Fruhling-Voges was elected Mayor in 2017 she gave up her part-time job to try and fill the needs of the village.

“But even at that there is still so much that needs to be done,” Fruhling-Voges said.

Over the course of June, July and August Fruhling-Voges has spent more than 320 hours working for the village, not including the two regular board meetings a month.
A lot of those hours are working on things an administrator could be responsible for including the oversight and management of all day to day operations as well as working to expand growth within the village.

“Because we haven’t had an administrator we have become stagnant for the last 15 years,” Fruhling-Voges said. “I have a list of things that I would love to see move forward in the village, but without someone working on it every day we will never reach those goals.”

Fruhling-Voges said she wants her time as mayor to be spent representing the village through attending various events, allowing time to interact with other communities, outside
organizations and advocating for our community at a local, state, and federal level.

“This will open the door for opportunities and ideas to improve and move St. Joseph forward,” she said.

Fruhling-Voges said she also wants to focus on communicating with village residents in order to learn what is important to them.

“This communication gives not only me, but the trustees a better idea on what our priorities should be to pursue for the village,” she said. “The mayor and trustee’s responsibility is to represent our community and see that St. Joseph continues to be a great place to live, visit and own a Business. Our Village employees are the ones who already do a great job tending to the daily tasks that need to be done. A village administrator would be the one to put it all together with a consistent and daily plan of action.”

Fruhling-Voges said communities that have an administrator like Mahomet and Tuscola are thriving because they have someone who can consistently work on implementing goals, plans and programs for their villages.

Fruhling-Voges said it often takes the village board longer to put together policies and procedures than she would like, which hinders progress. She referenced the recent food truck moratorium ordinance which took four meetings to create.

“The trustees who serve on committees have day jobs and to create a proper policy takes time for research and putting together the policy document,” she said.
Fruhling-Voges said it is frustrating that so many projects are left undone.

The ordinance that was created in 2009 is the basis for the 2020 search. The village is updating the ordinance but the general requirements would require educational and professional training, knowledge of modern policies and practices of public administration, knowledge of municipal finance, public works, community development and budgeting.

The administrator would assist the village in the development of policies, programs and procedures and supervise the implantation of the policies, serve as budget director and direct the general operations and business of all departments.

Fruhling-Voges said now is the time for the village to hire an administrator so they can move forward with numerous projects including addressing downtown parking, determining the future of certain village properties, creating a permit policy for festivals, events and street closures, planning and zoning updates, hiring a park director to oversee parks programing and maintenance.

Fruhling-Voges said an administrator will work with village employees to give them the tools and training needed to improve their ability to better serve the village. They would also work with Public Works to plan their projects according to the village’s capital improvement plan and put together tracking documentation for equipment, infrastructure costs, maintenance schedules and public health and safety records.

Fruhling-Voges said an administrator would also lessen the work load of the trustees who are now in charge of implementing policies.

“Trustees are policy makers and should not be expected to implement policies,” she said. “This will help the village run more efficiently, consistently, and the ability to keep moving the village forward. To many things don’t get accomplished because no one has the proper time or ability to put those things in place.”

The village is currently working on updating the job description for the administrator and plans to move forward with a search which can take up to nine months.

By Nora Maberry September 3, 2020
in Villages