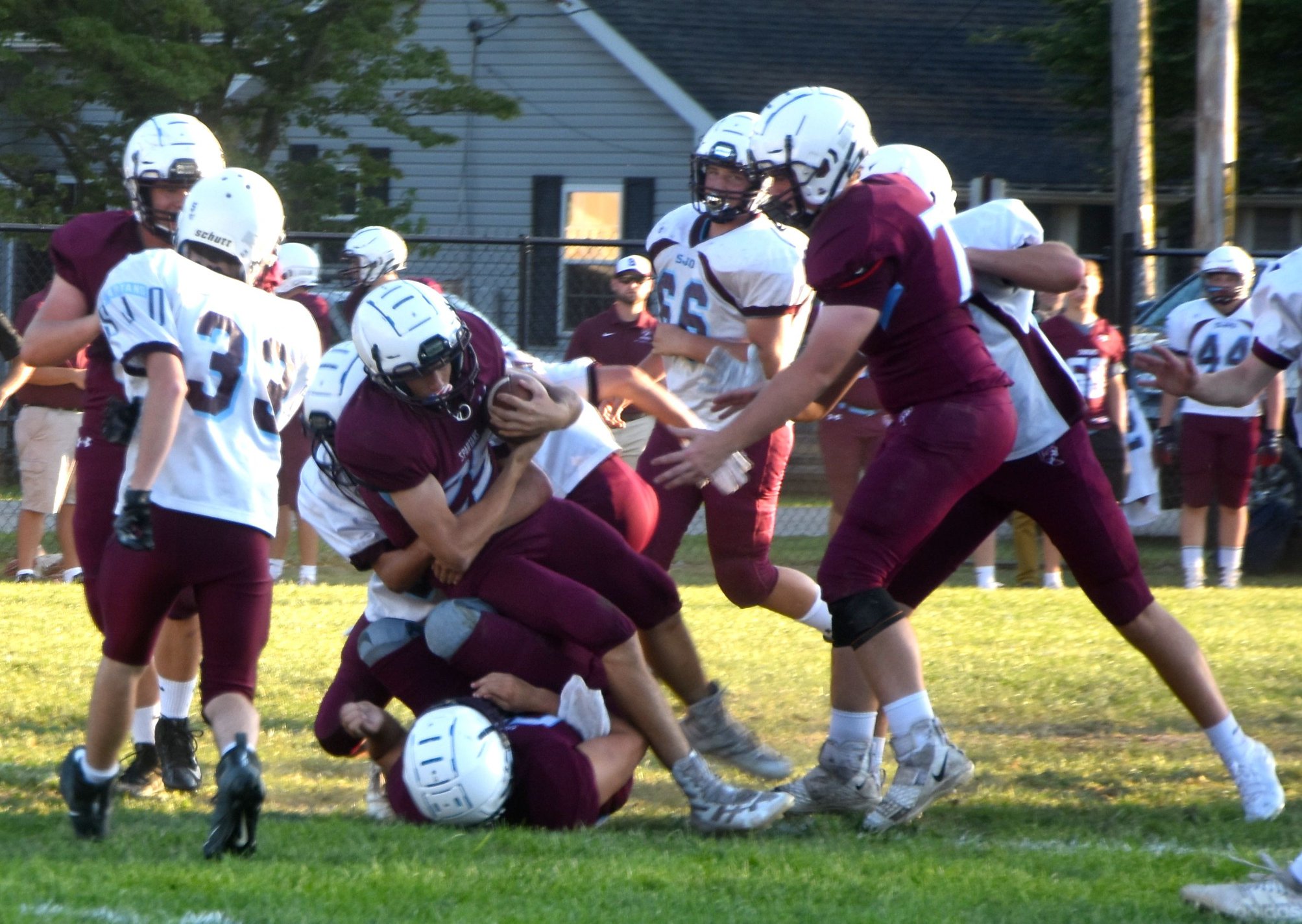 This season is no different for the Spartans, who kick off the 2019 season at 7 p.m. on Friday at home against St. Thomas More.

“It’s always exciting to get going,” fourth-year SJO coach Shawn Skinner said. “We have had a very good offseason and preseason. The kids have worked hard, and there is genuine excitement from the team. We’re looking forward in the next two-plus months of watching them grow and seeing what we can do.”

SJO, which reached the playoffs every season from 1991 to 2016, returned to the postseason in 2018 after a one-year hiatus in 2017. But the Spartans’ stay in the playoffs was a quick one, with a 50-7 loss at Monticello, the eventual Class 3A state champion, in the first round.

SJO returns several key returnees, along with some promising newcomers, to try and lead this team not only into the playoffs, but on a deep postseason run.

Junior quarterback Crayton Burnett returns after starting a handful of games towards the end of his sophomore season, and Skinner is expecting big things from the talented athlete.

“He has experience as a starting quarterback,” Skinner said, “so he won’t be so wide-eyed.”

Senior running back/linebacker Brayden Weaver is another veteran the Spartans will rely heavily on.

Fellow seniors Jaden Miller, Blake Primmer and Sam Wesley are other versatile athletes the Spartans will count on who have previous experience.

“Jaden is a smart player and will do whatever he is asked to do,” Skinner said. “He will probably see time at fullback, running back and tight end along with starting at nose guard on the defensive line. Blake, despite his size, is a physical defensive back who can make plays on the ball. He will be an important part of our special teams as well. Sam is fast and will play with the proper level of physicality. He’s moving from strong safety to middle linebacker, and he’s going to help us with his athleticism and his intelligence in the middle of our defense.”

Senior Jarrett Stevenson is set to handle the starting running back duties for SJO after he backed up Dwight Colvin last season.

“Stevo is our strongest athlete,” Skinner said. “He saw limited action late last season and showed he can carry the load.”

A trio of seniors who are playing football for the first time in defensive back/wide receivers Chance Izard and Payton Cain, along with outside linebacker Drew Coursey, could see the field at critical times.

“Both Chance and Payton have been major competitors for our basketball team,” Skinner said. “The kids are hard workers in the weight room and add a level of athleticism and competitiveness that should translate to football. Drew has been a major player for our baseball program, and is a high-character athlete that has gotten better every week this offseason.”

Fellow seniors Max Chatteron, Luke Renfrew and Trey Carr could contribute along the offensive line and defensive line, too.

“These three saw limited action last year, but they’re four-year members of the program who have waited their time,” Skinner said. “It’s their opportunity to be starters or factors for the team. We’re excited to see how they respond to the opportunity.”

Friday night’s season opener against STM is one of nine Illini Prairie Conference games this season for the Spartans. All of SJO’s games are slated for 7 p.m. kickoffs. SJO travels to play at Rantoul on Sept. 6 before hosting Bloomington Central Catholic on Sept. 13. The Spartans hit the road to Tolono to face rival Unity on Sept. 20 before hosting Pontiac on Sept. 27 in SJO’s homecoming game. October sees SJO play at Prairie Central (Oct. 4), host Chillicothe Illinois Valley Central (Oct. 11), host Olympia (Oct. 18) and end the regular season at Monticello (Oct. 25).

“Our conference is so balanced and provides a different type of team weekly,” Skinner said. “We see everything from old school single and double wing power offenses to pure spread and tempo-based offenses. That’s why the teams who make it into the postseason have a chance to make some noise. Our conference gives you no easy weeks, and you must prepare for every possible look on offense. Every week you have to get better, or you can wind up sorry on Friday night.”

If SJO makes a return trip to the playoffs — pairings are set to be revealed on Oct. 26 — they’ll have earned it. Monticello, Pontiac, Prairie Central and Chillicothe IVC all reached the postseason last year, along with SJO.

“We want to play with as much effort and competitiveness as we can,” Skinner said. “We have to understand that doing what’s best for the team will lead us to true success. If we can embrace these things, then that’s all we can ask for from the players, and we will be successful.”